The Arnold P. Gold Foundation is delighted to announce that the Gold Humanism Honor Society, now nearly 45,000 members and 180 chapters strong, is celebrating its 20th anniversary in 2022. This year, the Gold Foundation will be celebrating this important milestone at its Annual Gala on June 9.

GHHS membership recognizes medical students and physicians who are role models of such optimal care. Members are expected to be active leaders in medicine and uphold this Gold standard of care in their connections with patients and colleagues. 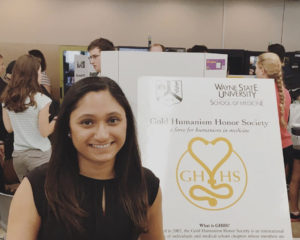 “The Gold Humanism Honor Society has elevated the humanistic physician, turning the spotlight in medical education to the full spectrum of patient-centered care,” said Dr. Richard I. Levin, President and CEO of the Gold Foundation. “GHHS is one of the most important creations of the Gold Foundation. It has succeeded both in shifting the priorities in medical education and in establishing a reinforcing community and multiplying effect of compassionate, collaborative doctors who serve as role models to others.”

GHHS is based on the theory of recognition as a change agent and improvement tool, understanding that students learn from what is rewarded and what is modeled. At the core of the student selection process, GHHS chapters use a peer-nomination process to select members, who make up no more than 15% of a medical school class. GHHS chapters can also induct resident physicians and faculty members who are nominated by medical students.

In 2015, GHHS was added to the ERAS® form (Electronic Residency Application Service) used to apply to residency positions. This allows residency program directors to identify GHHS members in their candidate searches. 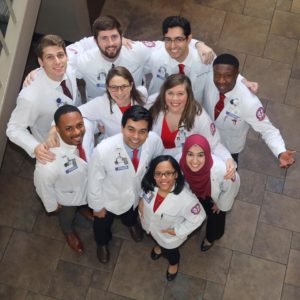 GHHS induction at the University of South Alabama, 2021

GHHS began with three chapters in 2002 – at Rutgers Robert Wood Johnson Medical School, Roy J. and Lucille A. Carver College of Medicine at the University of Iowa, and Columbia University Vagelos College of Physicians and Surgeons. GHHS chapters have since spread across America and into a few other countries, including Lebanon and Israel.

The yearlong 20th anniversary celebration will include special recognition at the Gold Foundation Gala in June and a GHHS day as part of the virtual conference in May. Stories and podcast episodes will highlight GHHS members throughout the year. A special 20th anniversary pin has been minted to honor this milestone.

And GHHS is more than an honor. Each GHHS member is expected to live the values of humanism throughout their career, and GHHS chapters are expected to lead projects that exemplify these values.

GHHS members are typically inducted in their third year of medical school, which allows them to tackle humanistic projects in their fourth year of study. Recent projects have included creating COVID-19 care packages, building an anti-racism book section in the medical school library, and producing video vignettes to prompt discussion around bias. 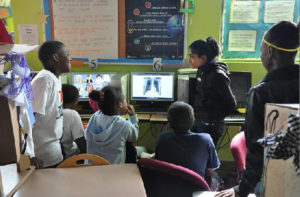 This work is shaped by the GHHS Advisory Council and Sub-Committees, which are made up of volunteer physicians and medical students who work with the Gold staff to create events and initiatives for GHHS chapters and members.

The current chair of the GHHS Advisory Council is Dr. Greg Cherr, a vascular surgeon who is Professor of Surgery and Assistant Dean for Graduate Medical Education at the University at Buffalo-State University of New York. Dr. Cherr sits on the Gold Board of Trustees and was inducted into GHHS in 2008.

“For the many healthcare professionals around the world who care deeply about humanism in healthcare, GHHS has played a special role in supporting the human side of medicine,” said Dr. Cherr. “The community and activities born out of GHHS have served as beacons of humanism and hope, especially in these challenging times for healthcare.” 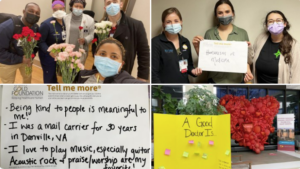 Two popular annual GHHS events are Solidarity Week for Compassionate Patient Care, which falls on Valentine’s week, and in 2022 will be February 14-18, and Thank a Resident Day, which will be February 25. While both events are led by GHHS, all healthcare institutions are welcome to participate.

“I am thoroughly intrigued and delighted with the creativity of Solidarity Day/Week programs, as well as, the continued growth of GHHS,” said Dr. Sandra Gold, Co-Founder and Board Trustee. “Bold and inspired leadership in partnership with an enthusiastic, talented membership has been a powerful formula for GHHS success over these 20 years. And during this relentless pandemic, our shared GHHS values of humanism and clinical excellence have helped sustain human connection and truly made a difference.”

Starting in 2018, GHHS began identifying an annual theme for the chapter projects. The first such initiative was the Veterans Gold Health Initiative. GHHS chapters and members were encouraged to learn how to more effectively identify and treat America’s veterans.

In 2020, with the urgency mounting to address systemic racism, GHHS created a new initiative, Humanism and Healing: Structural Racism and Its Impact on Medicine. This framing galvanized GHHS members, sparking projects and events that opened up new conversations and work in their communities. The Humanism and Healing initiative led to a 2021 conference of the same name, hosted by GHHS and open to the entire Gold community. That remarkable virtual gathering drew nearly 500 attendees and featured keynotes, panels of GHHS members and other leaders, a poster session, an art gallery, and much more.

The success of that immense effort led to the 2022 GHHS international initiative, which extends the work: Healing the Heart of Healthcare: Reimagining How We Listen, Connect, and Collaborate. Again, GHHS chapters at medical schools around the globe are probing how they can make a difference in their communities. That work will be shared at a virtual conference in May 2022. 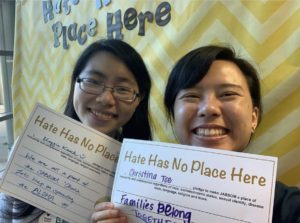 “The work over these two decades by our nearly 45,000 members has been phenomenal,” said Louisa Tvito, Director of GHHS and Program Initiatives at the Gold Foundation. “And for all the projects and events led formally by GHHS, we also know that there are countless hidden moments in which GHHS members who are physicians connect with their patients with compassion and really see them and hear them. We know GHHS members are making a difference every single day in ensuring humanistic care for all.”