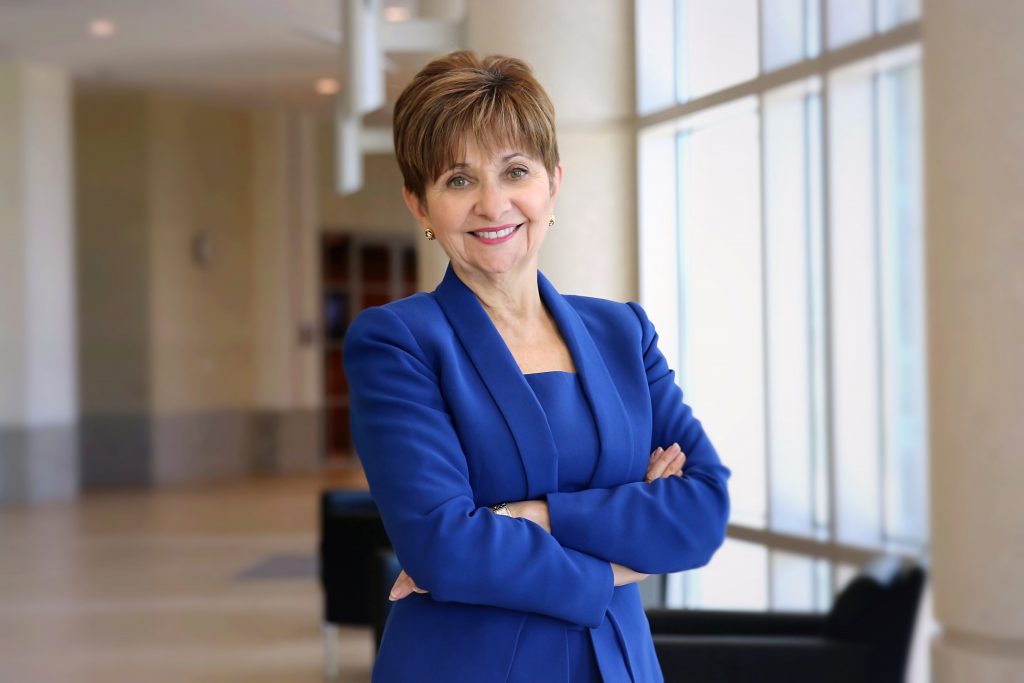 Dr. Deborah German, a physician, educator, and administrator, is Vice President for Health Affairs at the University of Central Florida and the Founding Dean of the UCF College of Medicine. After receiving her M.D. from Harvard Medical School, she was a Resident in Internal Medicine at Rochester and a Fellow and faculty member at Duke, where she was a researcher in the Howard Hughes Medical Institute. She was Director of the Duke Gout Clinics and Associate Dean of Medical Education while maintaining her own private practice of Internal Medicine and Rheumatology. Dr. German became Associate Dean for Students and then Senior Associate Dean of Medical Education at Vanderbilt University. Later, she served as President and Chief Executive Officer at Saint Thomas Hospital in Nashville and Senior Vice President and Chief Academic Officer for Saint Thomas Health Services, Ascension Health. Dr. German led a successful hospital turnaround and initiated service excellence and quality programs at the hospital that received national recognition.

As Founding Dean of the College of Medicine, Dr. German inspired a community effort to fund scholarships for tuition and living expenses for the entire Charter Class, a first such effort in the history of American medicine. As Vice President of Health Affairs and Founding Dean at the University of Central Florida, she has led over 3,200 full-time, part-time, and volunteer faculty and staff members to develop a research-based medical school and a patient-centered clinical enterprise that anchors a new Academic Health Sciences Center in an emerging medical city. In 2017, the college received a Certificate of Need to build a university hospital in partnership with Hospital Corporation of America. Her efforts also secured approval to build a cancer center with partners in Medical City.

Her leadership in the College of Medicine, Lake Nona, and the community has been recognized through both local and national awards. In 2008, she was named Central Floridian of the Year by the Orlando Sentinel Editorial Board. In 2014, she received the 2014 Alma Dea Morani M.D. Renaissance Woman Award, a national award presented by the Foundation for the History of Women in Medicine. Dr. German was honored with the American Medical Women’s Association Presidential Award in 2015, the Central Florida Urban League Health Empowerment Award and the Atlantic Institute Global Vision & Education Award in 2016, and named Orlando Business Journal Game Changer in 2018. 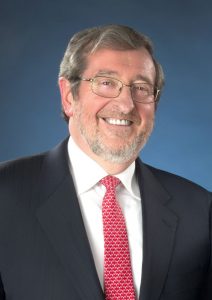 Michael J. Dowling is president and chief executive officer of Northwell Health, which delivers world-class clinical care throughout the New York metropolitan area, pioneering research at the Feinstein Institutes for Medical Research and a visionary approach to medical education highlighted by the Donald and Barbara Zucker School of Medicine at Hofstra/Northwell and the Hofstra Northwell School of Graduate Nursing and Physician Assistant Studies.

Northwell Health is the largest integrated health care system in New York State with a total workforce of more than 69,000 employees — the state’s largest private employer. With 23 hospitals, 6,675 hospital and long-term care beds, more than 750 outpatient physician practices and a full complement of long-term care services, Northwell is one of the nation’s largest health systems, with $12 billion in annual revenue.

Prior to becoming president and CEO in 2002, Mr. Dowling was the health system’s executive vice president and chief operating officer. Before joining Northwell Health in 1995, he was a senior vice president at Empire Blue Cross/Blue Shield.
Mr. Dowling served in New York State government for 12 years, including seven years as state director of Health, Education and Human Services and deputy secretary to the governor. He was also commissioner of the New York State Department of Social Services.
Before his public service career, Mr. Dowling was a professor of social policy and assistant dean at the Fordham University Graduate School of Social Services, and director of the Fordham campus in Westchester County.

Mr. Dowling is past chair of the Healthcare Institute and the current chair of the Institute for Healthcare Improvement (IHI). He is a member of the Institute of Medicine of the National Academies of Sciences and the North American Board of the Smurfit School of Business at University College, Dublin, Ireland. He also serves as a board member of the Long Island Association. He is past chair and a current board member of the National Center for Healthcare Leadership (NCHL), the Greater New York Hospital Association (GNYHA), the Healthcare Association of New York State (HANYS) and the League of Voluntary Hospitals of New York. Mr. Dowling was an instructor at the Center for Continuing Professional Education at the Harvard School of Public Health.