Ignitor: Richard Sheerr, Chairman of the Board, The Arnold P. Gold Foundation 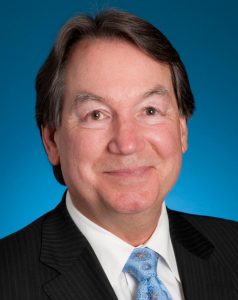 Steve Rusckowski, is Chairman, President and Chief Executive Officer of Quest Diagnostics. Since joining Quest Diagnostics as President and Chief Executive Officer in May 2012, Mr. Rusckowski has focused on transforming the company, based on its compelling vision of “Empowering better health with diagnostic insights.” Under his leadership, the company has refocused on its core diagnostic information services business, sold non-core assets, delivered disciplined deployment, including share repurchases and acquisitions, and simplified its organizational structure to better serve customers by removing complexity, speeding decision making and empowering employees. He was elected Chairman of the Board in December 2016.

Prior to joining Quest Diagnostics, Mr. Rusckowski was CEO of Philips Healthcare, which became the largest unit of Royal Philips Electronics under his leadership. He joined Philips in 2001 when it acquired the Healthcare Solutions Group he was leading at Hewlett-Packard/Agilent Technologies. Mr. Rusckowski is a member of the Board of Directors of Xerox, a global business services, technology and document management company, and Project Hope, a global health education and humanitarian assistance organization. He is also a member of the Board of Directors of the American Clinical Laboratory Association, and served as its Chairman from 2014-2017. 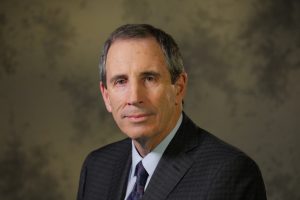 Richard Sheerr serves as the President of Willings Advisors LLC.  Established in 2013, Willings Advisors provides consulting services to privately-held small and middle-sized businesses interested in making the transition from an income-producer for the principals to long-term value creation, especially those focused on international trade.

From 1995 to 2014, Mr. Sheerr was owner and President of The Wagman Primus Group LP, a global outsourcer of raw materials and finished products for North American OEMs concentrated in the brush industry.  He sold most of the operations of this business to a Fortune 100 company in 2008, maintaining a small marketing business in the beauty business.

Mr. Sheerr joined the Philadelphia-based Moss Rehab Hospital Board of Trustees in 1979 and served as Chairman from 1990 to 1993.  In 1992, he oversaw the merger of Moss into the Einstein Healthcare Network, a six hospital, $1.2 billion system, and joined its Board.  He served as Chairman of that Board from 2009 to 2012. During his tenure as Chair, the Network built and opened a $400 million hospital in the Philadelphia suburbs. From 2012 to 2016, he served as Co-Chair of the Network’s capital campaign, the largest and most successful in its history.  From 2012 until June 2015, Mr. Sheerr chaired the Network’s Governance Committee. He now chairs its Compensation Committee.

Mr. Sheerr is the Chairman of the Board of Trustees of The Arnold P. Gold Foundation, which infuses the human connection into healthcare. The nonprofit organization engages schools, health systems, companies, and individual clinicians in the meaning and joy of humanistic healthcare, so that health professionals and staff have the strength and knowledge to champion and deliver humanistic healthcare and services and so that patients and their families can be partners in collaborative, compassionate, and scientifically excellent care. Mr. Sheerr has served as Chairman since 2016 and has been a Board member since 2014.

Mr. Sheerr received an AB in American Civilization from the University of Pennsylvania and an MBA from the Stern School of Business at New York University. He began his business career at a division of Kayser-Roth Corporation, eventually becoming President of the Crown Textile Division of Gulf +Western Industries Inc., which he purchased in 1983.

He resides in Chilmark, MA, and West Palm Beach, FL, with his wife, Betsy. They have four children and seven grandchildren.