For more information about the entire webinar series and other upcoming dates, click here.

“Living to Grow Up: Progress and Persistent Disparities in Infant and Child Mortality” is part of the Gold Human Insight Webinar 10-part series Advancing Healthcare Equity with Medical Humanities from NYU and the Gold Foundation.

This webinar aired with a live Q&A with Dr. Perri Klass on May 19, 2022. If you registered for CME, NYU will be emailing you further instructions. Please note that CME is only available for those who watched the initial live airing. 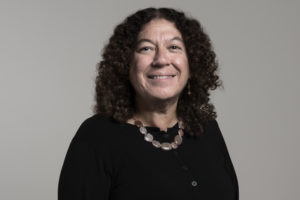 Perri Klass is Professor of Journalism and Pediatrics at New York University and Co-Director of NYU Florence. She attended Harvard Medical School and completed her residency in pediatrics at Children’s Hospital, Boston.

She writes the weekly column, “The Checkup,” for the New York Times Science Section. She has written extensively about medicine, children, literacy, and knitting. Her new book, A Good Time to Be Born: How Science and Public Health Gave Children a Future, is an account of how victories over infant and child mortality have changed the world.  She began writing about medicine and about medical training when she was a medical student; her accounts were collected in her two books, A Not Entirely Benign Procedure: Four Years as a Medical Student, and Baby Doctor: A Pediatrician’s Training, which were originally published in 1987 and 1992, and were reissued as classics of the genre in updated editions in 2010. Her most recent book of medical journalism is Treatment Kind and Fair: Letters to a Young Doctor.  Her medical journalism has appeared in a wide variety of publications, including The Washington Post, The Wall Street Journal, The New Yorker, The New England Journal of Medicine, and Harvard Medicine.  Her other nonfiction includes Every Mother is a Daughter: the Neverending Quest for Success, Inner Peace, and a Really Clean Kitchen, which she coauthored with her mother, Sheila Solomon Klass, and Quirky Kids: Understanding and Supporting Your Child With Developmental Differences, which she coauthored with Eileen Costello, M.D., the second edition of which was published by the American Academy of Pediatrics in February 2021.

Perri is the National Medical Director of Reach Out and Read, a national program which promotes early literacy through pediatric primary care, with guidance about reading aloud for parents and children’s books provided at routine well child visits. She ran the National Center from its inception through 2006, during which time the program grew from a single site to a national program with thousands of sites serving millions of children; the program now reaches 4.8 million children a year, 80% of whom are growing up in poverty. Through her work with Reach Out and Read, Perri has been able to integrate her commitment to the health care of young children with her love of the written word. In an essay on the program, she wrote, “When I think about children growing up in homes without books, I have the same visceral reaction as I have when I think of children in homes without milk or food or heat: It cannot be, it must not be. It stunts them and deprives them before they’ve had a fair chance.”

She has received numerous awards for her work as a pediatrician and educator including the 2007 American Academy of Pediatrics Education Award, which recognizes her educational contributions that have had a broad and positive impact on the health and well-being of children; the 2006 Women’s National Book Association Award; and the 2011 Alvarez Award from the American Medical Writers Association. In 2016 the American Academy of Pediatrics honored her with The Arnold P. Gold Foundation Humanism in Medicine Award, citing the impact that she has made through her writing, service as an educator, and leadership in promoting early literacy through Reach Out and Read. In April 2021 Perri was elected to the American Academy of Arts and Sciences.

Looking back more than a century takes us to a time when infant and child mortality was vastly more common among all population groups in the United States, and parents had to accept–and even expect–the loss of children as a facet of family life.

The lecture looks both at the progress that has been made and the disparities that persist, bringing to bear the voices of parents who lived in an era of high mortality, including poets, writers, doctors, and scientists, and also the pioneering activists, physicians, and nurses who worked to bring down infant and child mortality and to address those disparities across the changing landscape of pediatrics.

Participants will be able to interpret recent infant and child mortality data, including disparities, in the context of historical data, and consider the trajectory of the past century. Participants will recognize and interpret parental, cultural, and literary responses to the threat and the reality of infant and child mortality, and the cultural changes which reflect the decreases of the past century

The NYU Grossman School of Medicine is accredited by the Accreditation Council for Continuing Medical Education to provide continuing medical education for physicians.

For more information about the entire webinar series and other upcoming dates, click here.