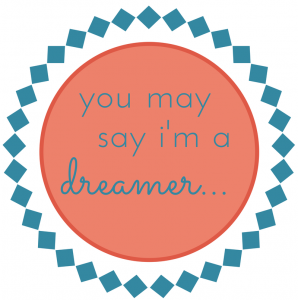 During my internship I didn’t get much sleep, but I did dream.

A fantasy I revisited again and again was that I would run a clinic one day. This clinic would be nestled among the housing projects and crack dens I drove past on my way to and from work. But it wouldn’t resemble the clinic in which, as a trainee, I actually saw patients from that same neighborhood. In that clinic patients came in for blood pressure checks and diabetes checks and post-discharge checks. It was fine, as far as it went.

But my clinic would go much farther.

My fantasy clinic was a big friendly house with comfortable couches and bookshelves and a kitchen and a basketball court. People could come for the usual clinic stuff but also to read and cook and play and just hang out and talk. If you’d have asked me at the time why I had this particular fantasy, I would have said that I longed for an alternative to the patch-’em-up-and-send-’em-out approach of the hospital, in which we treated everything from heart disease to addiction with expensive and–it seemed to me–often futile prescriptions. I’d have said that I wanted to address the root causes of disease: poverty, unhealthy behaviors, loneliness.

Looking back I think this fantasy really sprang from my own loneliness. Working over a hundred hours a week, too tired and harried to fully engage my family, my friends, or my patients, I was the one who wanted to play, to talk, to hang out.

Whatever its inspiration, this fantasy has remained with me throughout my career. It guided my decision to back out of the neurology residency in which I had already matched and, at the end of my medical residency, to join a primary care practice rather than enter a specialty fellowship. My current practice has no basketball court and no kitchen (unless you count the microwave in the break room) but, seeing the same patients year after year for over two decades now, and especially seeing multiple generations of several families, I experience some of the connection and sense of community I’d envisioned in my fantasy clinic.

Lately, though, like so many primary care doctors, I feel that best part of my job slipping away. I used to say that when I closed the exam room door, the paperwork and political headaches disappeared and my only concern was my patient. That door no longer seems so impenetrable. Administrative requirements and pressure to see more patients per day make me feel rushed, distracted, and, at times, irritable. Plus, I’m not so sure that we’ve made much progress beyond the patch-’em-up approach. It’s quicker to prescribe a pill or order a test than to talk to someone about their diet, exercise, or social isolation.

Recently, I reviewed a much-talked about memoir, Doctored: The Disillusionment of an American Physician, in which cardiologist Sandeep Jauhar probes the deficiencies of our profession and his own disaffection with it. Jauhar doesn’t claim to have a magic formula for restoring the autonomy, job satisfaction, and sense of noble purpose that many physicians have lost in the past several years. I don’t, either. But when the Gold Foundation asked me what kind of dreams I had for the future of American medicine, I found myself remembering my old fantasy. What would a modern equivalent of my fantasy look like? What would I include on my wish list for medicine now? Here’s what I came up with:

Many of these wishes are already being realized or partially realized, some in the U.S., many in other countries. Some were addressed, in part, by the Affordable Care Act. Some have little chance–politically, economically, or culturally–of being achieved for generations. I likely won’t practice long enough to work in a system where all these wishes have come true–or live long enough to be a patient in such a system.

But who knows? As John Lennon once sang, “You may say I’m a dreamer, but I’m not the only one.”

Suzanne Koven MD is a primary care internist and writer.  In addition to her regular columns in The Boston Globe and The Rumpus, her work has been featured on NPR, The New Yorker, The Daily Beast, The Huffington Post and KevinMD.com.  You can follow her on Twitter at @SuzanneKovenMD.