Much has been written about the role of medicine in the Holocaust, shattering myths that physicians were coerced; that there were no alternative choices to be made; that they were not leaders, but followers. We know now that physicians (barring few exceptions) were active, willing, and often eager participants in the forced sterilization programs, the involuntary euthanasia of children and the disabled; the unspeakable “research” experiments on Jews, Slavs and other “undesirables”; and of course, in promulgating the “science of the day” which led directly to the murder camps across Europe.

After being inspired by deep discussions with a close medical school friend whose family and community had been affected by the Holocaust, I started a class on Holocaust Medicine at Wright State University School of Medicine.  There are very few Holocaust courses offered in US schools of medicine, either as required or elective studies, so I had little to go on when I started. Dr. Sheldon Rubenfeld, of Baylor University, is one very notable exception. As the President of the Center for Medicine after the Holocaust, he has worked with a team to create online modules that are a must-do for anyone in medicine.

But I know that it is the combination of intellect and experience that causes us to reach for the truth and to make change. So I wanted medical students to not only absorb the facts of the Holocaust, but to hear directly from those who experienced it.  When my students and I hear from local Holocaust survivors about their experiences, we sit in rapt attention. The man who, as a boy, escaped on the Kindertransports to England only because of a mistake in the ledger (he was “Felix,” the girl left behind was “Felicia”); Rene, the woman who was an infant when a Gentile stranger in New Jersey offered to vouch for her family so they could escape Germany after Kristallnacht; another young Felix who fled the Jewish ghettos of Rumania as a teenager to become a successful radiologist in the US.

Then there are the aging but articulate veterans of the US armed forces—the brave men from small towns across our corner of southwest Ohio who, battle-hardened and in the prime of their youth, witnessed what they could not believe when they liberated the death camps. Hank, Lee, Charles and a small remnant of eye-witnesses will tell you, as they told our class, “It happened. We were there. We understand now how every life has meaning, and so should you, when you take care of your patients.” Theirs are lives which serve as visible reminders of what almost happened. And what did.

During the course, students read survivor and liberator personal accounts and take field trips to Holocaust memorials and museums, synagogues and temples. They watch films, read reflections and most importantly, perhaps, we allow them to bring what is on their minds—what is already affecting them in the underbelly of medicine—and to view it in intimate discussion settings, through the lens of the Holocaust.

The vast majority of students—especially in our fourth year elective—have been profoundly moved by studying the Holocaust, some calling it “the most important class in medical school.” But from some academics I have received a perplexing, indifferent, even resentful response. “What are you trying to prove?” one asked me rather angrily. “Shouldn’t we get beyond the Holocaust?” another wrote.

All I can do is explain that, simply, the Holocaust is unlike any event in human history—in scale and in rationale. And, unlike other genocides, we physicians led the charge, and we did it in a cold, calculated, and utilitarian fashion. The Holocaust scholar Robert J. Lifton once wrote, “At every turn, the annihilation procedures were supervised—and, in a perverse sense, dignified—through the presence of medical staff.”

Should there ever be a medical student who does not hear what the power of the white coat can do when that power is not tempered with truth?  Our obligation as physicians and educators is to teach the next generation of medical students about the Holocaust. Why? Because of what the Holocaust teaches us:

Will we kill each other again in waves of ethnic revenge with machetes, as in Rwanda? Or will we physicians kill others again with words—declassifying our brothers and sisters as not worthy of living, or not worthy of even being called human?  At the bedside of the “neurologically devastated” child we are challenged by words and deeds—is this really a “life unworthy of life?” Is it right to call a baby in the NICU a “squirrel,” or even a “feeder-grower?” Or, can the dark history of a heroic people lead the world and our profession to a new dawn?

The experiences I have heard and read about and the friends I have made through teaching this course have pushed me to face the reality of life: human persons are meant to flourish, to build bonds with one another, to see oneself in the other.  When we teach medical students, physicians, and others about the role of our profession in the Holocaust, we teach, as the late Pope John Paul II said on his visit to Yad Vashem—“to remember with a purpose.”

Ashley K. Fernandes, MD, PhD, is a pediatrician and bioethicist, and the winner of numerous teaching and professional awards including the Gold Foundation’s Leonard Tow Humanism in Medicine Award. He will be leaving Wright State University in August to join the The Ohio State University’s Center for Bioethics and Medical Humanities as Associate Director, and Nationwide Children’s Hospital as Associate Professor of Pediatrics. 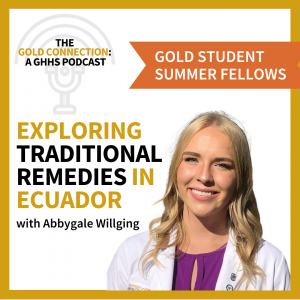