The Arnold P Gold Foundation is pleased to announce the addition of Dr. Lawrence Smith and Dr. George Thibault to its Board of Trustees. Mr. Richard C. Sheerr, Chairman of the Gold Foundation Board, said “Our twenty-eight year-old foundation has adopted a new strategic plan that is designed to engage health professionals and patients in a national development of compassionate, collaborative care and these two new members could not be more forward thinking and creative in this approach to optimal healthcare in the 21st Century.” 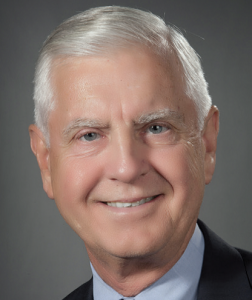 Lawrence Smith, MD, MACP is the founding dean of Hofstra Northwell School of Medicine and the Executive Vice President and Physician-in-Chief at Northwell Health. In creating the new medical school, Dr. Smith invented a novel curriculum that focuses on patient-centered care. Dr. Smith has worked to strengthen the health network’s education programs and to establish close relationships with doctors and hospitals throughout Northwell, enhancing the health network’s partnerships with staff and community-based physicians. Before joining Northwell, Dr. Smith was at the Mount Sinai School of Medicine in Manhattan where he served as dean and chairman of medical education, founder and director of the school’s Institute for Medical Education, professor of medicine and an attending physician. Dr. Smith has also held senior leadership positions in national societies for medical education and residency training. He graduated from Fordham University and New York University School of Medicine. 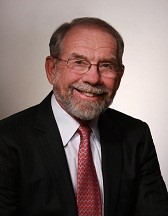 George Thibault, MD is the President of the Josiah Macy Jr. Foundation, a position he has held since 2008. Before taking this august position in the only national foundation focused entirely on medical education, he served as the Vice President of Clinical Affairs at Partners Healthcare System in Boston and Director of the Academy at Harvard Medical School. He previously served as Chief Medical Officer at Brigham and Women’s Hospital and as Chief of Medicine at the Harvard affiliated Brockton/ West Roxbury VA Hospital. Dr. Thibault has played leadership roles for over four decades both in undergraduate and graduate medical education. In addition, Dr. Thibault is Chairman of the Board of the MGH Institute of Health Professions, and serves on the Board of the New York Academy of Sciences, the Institute on Medicine as a Profession, and the Lebanese American University. He also serves on the President’s White House Fellows Commission and has chaired the Special Medical Advisory Group for the Department of Veteran’s Affairs for the past twelve years. Dr. Thibault graduated from Georgetown University and Harvard Medical School.