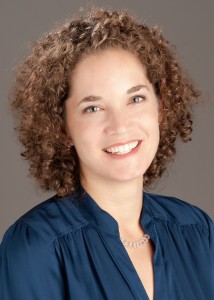 As a physician at Oregon Health & Science University (OHSU), Dr. Honora Englander had a dramatic realization with a patient whom she saw after transferring from the ICU to the hospital wards. The gentleman, a career trucker, had been hospitalized nine months before and diagnosed with sleep apnea and hypothyroidism. After being discharged from his first hospital stay, he became progressively more ill. His illness worsened, he lost his job, and eventually his housing.

“This man had a clear medical risk; he lost his job, lost his housing, and ended up in the ICU,” Englander says. “His second hospitalization would have been entirely preventable if he had access to support after his first time in the hospital.”

Dr Englander became increasingly aware of the gaps in healthcare quality and access for socioeconomically vulnerable adults, and she did something about it. Her commitment to bridging that gap helped earn her a Leonard Tow Humanism in Medicine Award, given to a graduating student or faculty member who best demonstrates the Foundation’s ideals of outstanding compassion in the delivery of care; respect for patients, their families, and healthcare colleagues; and clinical excellence.

After conversations with caregivers, hospital staff and outside organizations about how patient respond after being hospitalized, the Care Transitions Innovation (C-TraIn) became a hospital-funded program in 2009. Their goal is to better support and engage patients after discharge. “We provide a bridge from hospital to home,” Englander says.

C-TraIn originally served only people without health insurance or low income, publically insured adults. “The people we work with have a hard time engaging with the complex healthcare system. C-TraIn teams work with these patients to engage them in their care in a new way,” says Englander.

C-TraIn teams embody the concept of patient-centered care. With home visits designed to help the patient understand how to take medications and self-manage their health, patients feel much less overwhelmed. Englander says providers also benefit from the perspective they gain in helping these patients. “They better understand how to accommodate patients’ needs and lifestyles so that their recommendations are more likely to be followed.”

With support from a large federal grant, Dr Englander and her team expanded C-TraIn across OHSU and at three other area hospitals. They now care for patients beyond medical and uninsured patients, though they are still largely targeting socioeconomically vulnerable patients. They are hoping to soon integrate physical health with behavioral health needs in the area of addiction care. The long-term goal for C-TraIn is for the system to adapt over time so that additional support is integrated seamlessly as part of a patient’s first hospitalization.

Earlier this year, Englander was named one of the Portland Business Journal’s 2015 Forty Under 40 Class. The award recognizes business leaders who have made significant contributions in the Portland, Oregon area, through both career accomplishments and civic or community involvement. With both this and the Tow Award under her belt, we hope that this young physician is well on her way to gaining wider support for this incredible program.