The following remarks were given by Julie Seelig, the daughter of the beloved Pearl Birnbaum Hurwitz, at the 2017 Pearl Hurwitz Award Ceremony held on Nov. 4 at the AAMC Annual Meeting in Boston . The award was established in 2014 thanks to a generous gift from Dr. Ronald Arky, Daniel D. Federman Professor of Medicine and Medical Education at the Harvard Medical School. Click here to read more about the 2017 award winner, Dr. Veda Johnson. Nominations are also open now for the 2018 award. 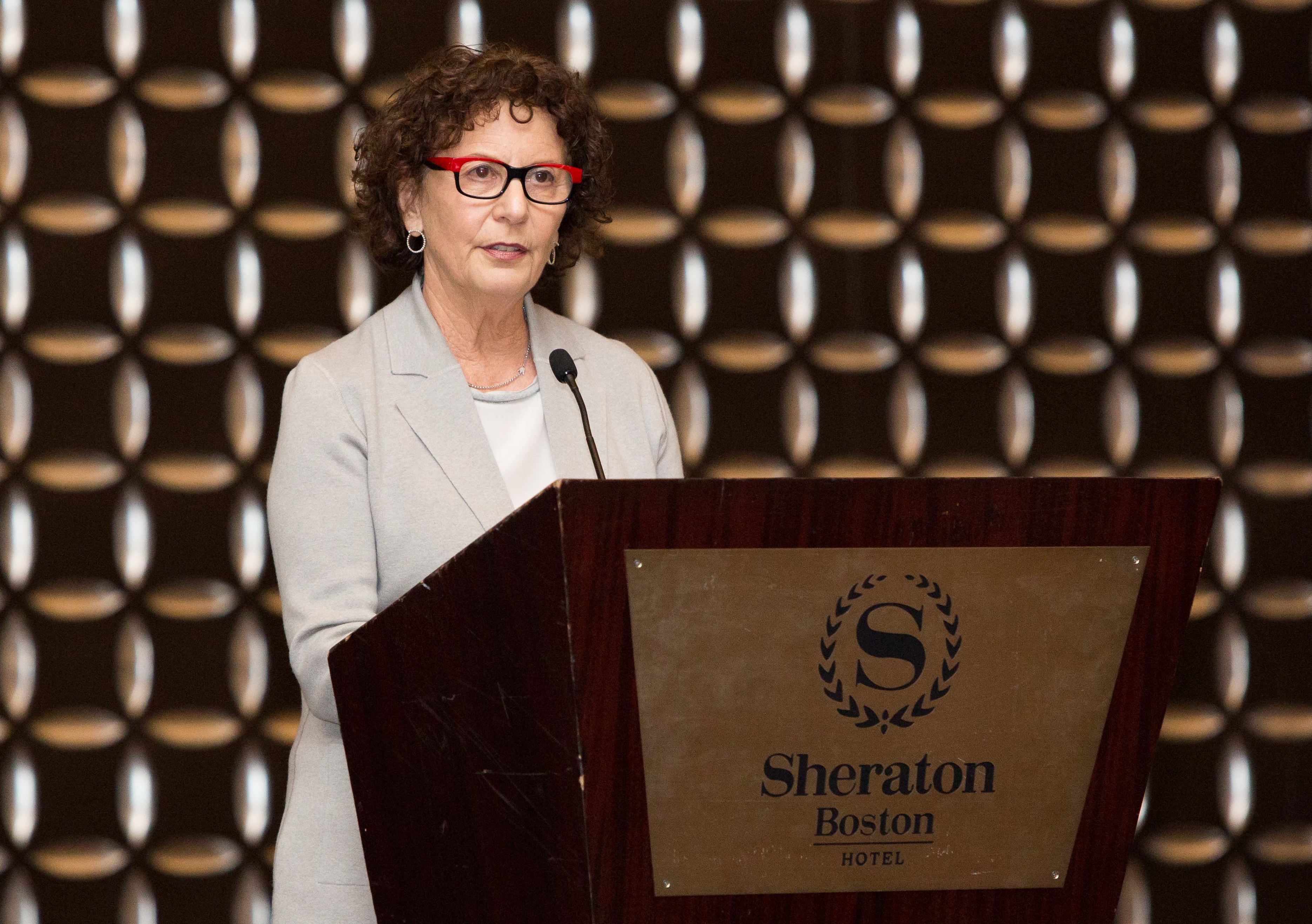 Ron Arky and his late wife Marie were at my parents’ home frequently.  Indeed, they were part of the family. Ron followed in my father’s footsteps both as Chief of Medicine at the Mt. Auburn and as a distinguished teacher of medicine at Harvard Medical School.  One of the rabbinical sages has said, “The only people one is never jealous of are your children and your students.” Well, of course Ron’s accomplishments have far exceeded my father’s, but he was, I do believe, very much influenced by my father’s example.

And yet, Ron in his wisdom had chosen to memorialize my mother, and not my father. Why? Well, I do think it is because of our focus here on Humanism in Medicine. Arnold and Sandra Gold have brought our attention to this topic: the importance of compassion and understanding in the practice of medicine. And Ron found in my late mother a person who fought for the rights of the mentally handicapped, a person who dared to shine a light on a group of people who had been hidden and ignored. People who were looked upon with shame by their own families and communities. My quiet, brilliant, ladylike, yet tough, tough mother could have been a beacon for the Gold Foundation’s work.  And thank you, Ron Arky, so much for seeing this.

My mother, Pearl Birnbaum, was born in Boston in 1907, daughter of a poor immigrant silversmith who was a socialist dreamer and of a woman who was, well, let’s call her a “graduate” of the Lowell-Lawrence knitting mills.  A school of hard knocks, for sure.  My mother was the first of her family, just as my father was the first of his family, to go to university.

My mother attended Girls Latin and was admitted to Radcliffe College (then the women’s companion institution to Harvard University). She was 16 when she entered college in 1923. On her first day, she took the tram and walked to the campus. My parents were day students or “townies.” And they were members of the very limited Jewish quota of students admitted to Harvard and Radcliffe. No dormitories or final clubs for them! On day one, Pearl stood on the massive steps of the newly built Widener Library and wept. Why?  Because she was allowed access to any book in that great storehouse of books. 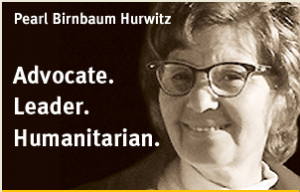 She was a true intellectual, a person who studied and questioned everything and who examined all issues in terms of history, both ancient and modern. Well into her eighties, my mother could do a mean sight translation from Latin.

Mom was a lady, a person of tremendous personal dignity, grace and morality, a traditionalist, a patriot.  This list might sound like the description of a conservative, inflexible person.  But quite the contrary. My mother was also a renegade, a social reformer, and a feminist (before we even heard of gender issues). She was a person who thought for herself.

My mother worked for the famed Harvard anthropologist Dr. Ernest Hooton and continued to work after the birth of her first child, something that was quite unusual in the 1920s and ’30s.  She often said she was happiest in the depths of the old Peabody Museum at Harvard, among the ancient skulls and bones, contemplating human evolution.

But life among the dusty bones gave way with a jolt when Stephen, my mother’s second child, was born in 1937.  My mother claimed that from the moment Stephen was laid in her arms, she felt something was amiss. Because she was the parent of another child and could compare, she instinctively felt something was not right.

It is hard for us to imagine today, but a diagnosis of my brother’s condition only came when he was three years old. In a stunning piece of writing by my mother, which was published in both the Radcliffe Quarterly and the Boston Globe in 1957, she tells of receiving the news of Stephen’s mental retardation completely on her own: “I was told that Stephen was severely mentally retarded; that he would never develop beyond childhood; that I should take steps to send him away immediately to some institution for the rest of his life for the sake of my other child and my family.” My mother emphasizes that the physician giving her the news was very kind.  And yet she says, “I heard her voice dimly through my confusion, the blood rising in terrible painful waves to my face and head.  I took my dead child who was living and went home with him.” She mentions that no one thought “that perhaps one does not send a little boy away from a happy home because he is different.  No one thought at all that perhaps this little boy’s brother might love him and need him too, rather than be harmed by his presence in the household.” 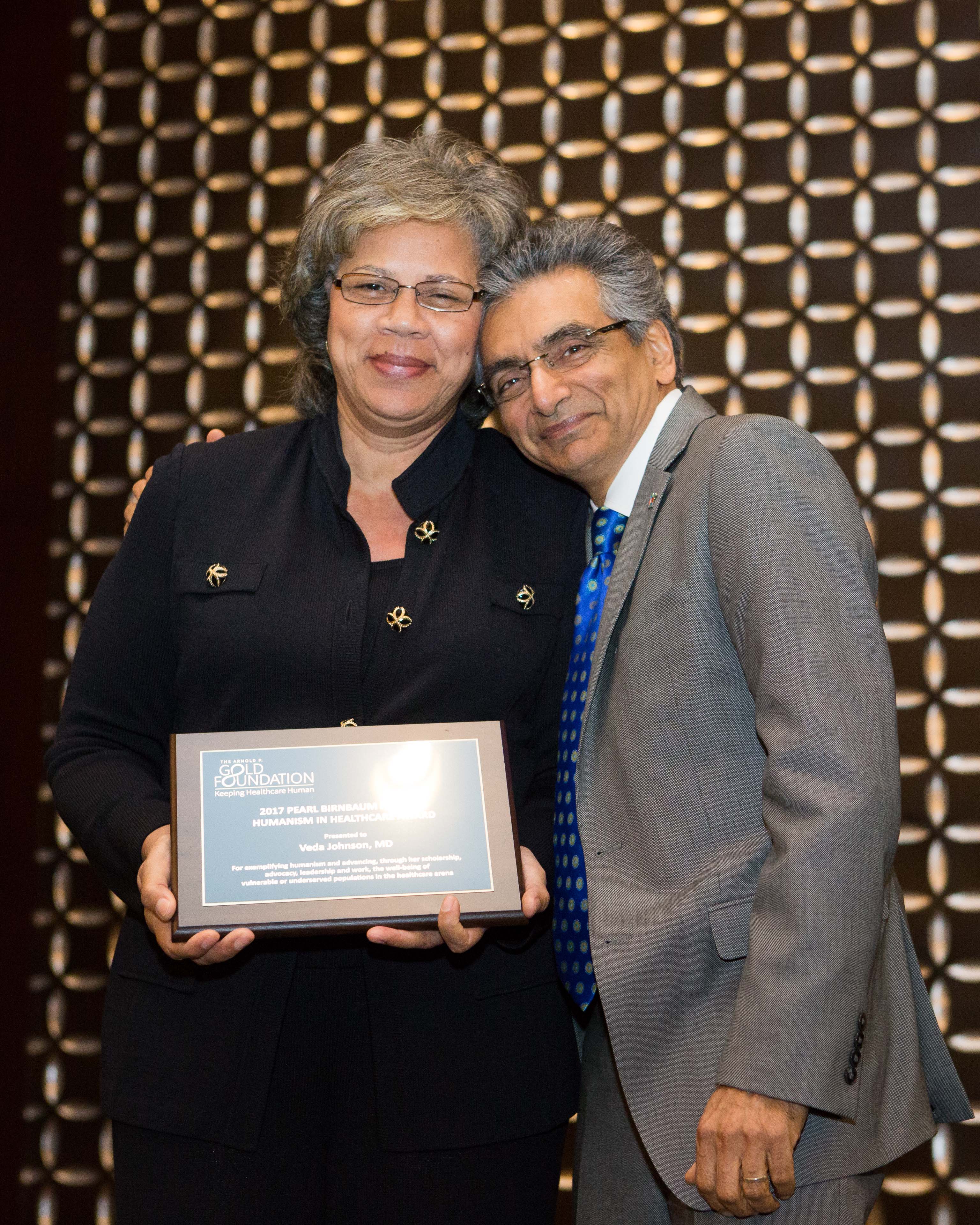 Dr. Veda Johnson, the 2017 Pearl Birnbaum Hurwitz Humanism in Healthcare award winner, alongside her mentor Dr. Lucky Jain, who nominated her for the honor.

Ah, humanism in medicine. What a long way we have come since that era over 70 years ago.  Yet how much is still to be done, which is why Ron Arky and the Gold Foundation have chosen to honor a woman who bucked the trend and who challenged received wisdom.

My mother was among the first parents who had the courage to defy medical protocol by keeping children like Stephen at home. We four children grew and prospered together in the same house. My mother, Pearl Hurwitz, became the first President of the Massachusetts Association for Retarded Children. She served on and then chaired a Commission of the state of Massachusetts on the special needs of Retarded Children, appointed by Governor Paul Dever and later reappointed by Governor Christian Herter. Trail-blazing legislation providing for education in the public school system for special needs children dates to my mother’s era and to her leadership in the Association for Retarded Children

My mother, ever the classicist, ever the historian, couched her work for the rights of the mentally handicapped in a much broader context. She spoke of Plato’s references to the mentally disabled, she wrote of such children being left on the hillside to die in ancient times.  She questioned whether Esau who sold his birthright for a bowl of stew wasn’t perhaps such a person. And then there were the court jesters or fools.  All of these types are reviewed in my mother’s exhaustive handling of Stephen’s situation.

But what is so lovely in her writing is that she brings the plight of the mentally challenged to bear on the structure of society as a whole.  She wrote, “Mental retardation is a handicapping condition that has existed for a very long time.  Why this upsurgence of a grassroots movement at this particular time?  It is because the world is very much with us today.  We know (many of us perhaps only subconsciously) that if our way of life is to survive, every individual be he handicapped or whole, be he white or black, be he a privileged American or an underprivileged peasant in India, every individual must be counted an individual and accorded his place in the sun.  For every person who is discounted, by so much do we allow for the spread of discontent; for every person whom we help to attain his rightful stature, by so much do we prevent the spread of strife.”

And this is why Ron Arky, disciple of my late father in medicine but a life  student of my mother, has chosen to endow an award that is given annually to a woman who exemplifies humanism and has advanced through scholarship, advocacy, leadership or work, the well-being of vulnerable or underserved populations in the healthcare area.

How very proud I am to welcome the recipient of the award, Dr. Veda Johnson, associate professor and general pediatrician at Emory University School of Medicine, who is recognized as an influential force locally, regionally, and nationally in school-based healthcare.  I think you and my mother would have had much in common.

And how very proud I am to stand here and thank Dr. Ron Arky and the Gold Foundation for honoring my mother, that little girl who stood weeping on the steps of a great library because of the privilege of being allowed to learn.  And later that woman who used her learning and her discipline and her courage to fight for her own son and, really, for humanity.