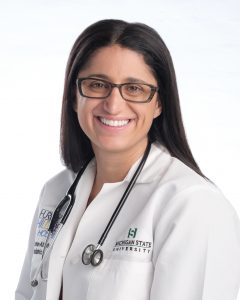 The Arnold P. Gold Foundation, in partnership with the Association of American Medical Colleges (AAMC), is delighted to announce that the 2021 Jordan J. Cohen Humanism in Medicine Lecture at the AAMC will be presented by California Surgeon General Dr. Nadine Burke Harris, in conversation with Dr. Rana Awdish. chevron_right Read more

Together with the AAMC, the Gold Foundation is delighted to announce the 2021 honoree: Dr. Natalie Rodriguez, Associate Clinical Professor in the Department of Family Medicine at the University of California, San Diego, School of Medicine, and Associate Director of the UCSD Student-Run Free Clinic Project. chevron_right Read more