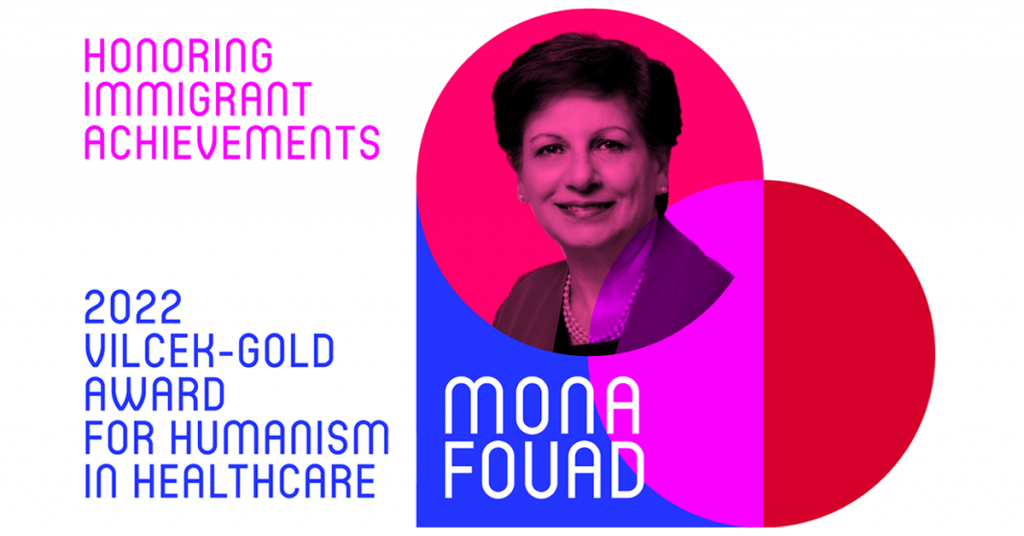 This announcement was also published on the Vilcek Foundation website.

The Arnold P. Gold Foundation and the Vilcek Foundation are pleased to announce that the 2022 Vilcek-Gold Award for Humanism in Healthcare will be presented to Dr. Mona Fouad, MD, MPH. 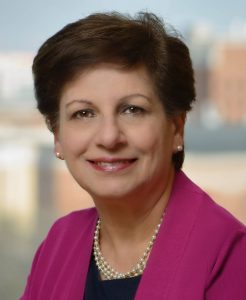 The Vilcek-Gold Award is a shared initiative of the Gold Foundation and the Vilcek Foundation that embodies the missions of both organizations. The award is given annually to outstanding immigrant healthcare professionals in the United States and honors the positive impact that accessible, humanistic, and compassionate care has on public health.

Dr. Fouad has been selected for the 2022 Vilcek-Gold Award for her leadership in health disparities research and for her career-long commitment to equity in healthcare. Dr. Fouad is the Founding Director of the University of Alabama, Birmingham (UAB) Minority Health and Health Disparity Research Center; Senior Associate Dean for diversity and inclusion in the UAB Marnix E. Heersink School of Medicine; and Professor and Director of the UAB Division of Preventive Medicine. Her work has been foundational to the development of rigorous research and interventions to make healthcare more accessible and equitable to historically underserved populations in the United States. 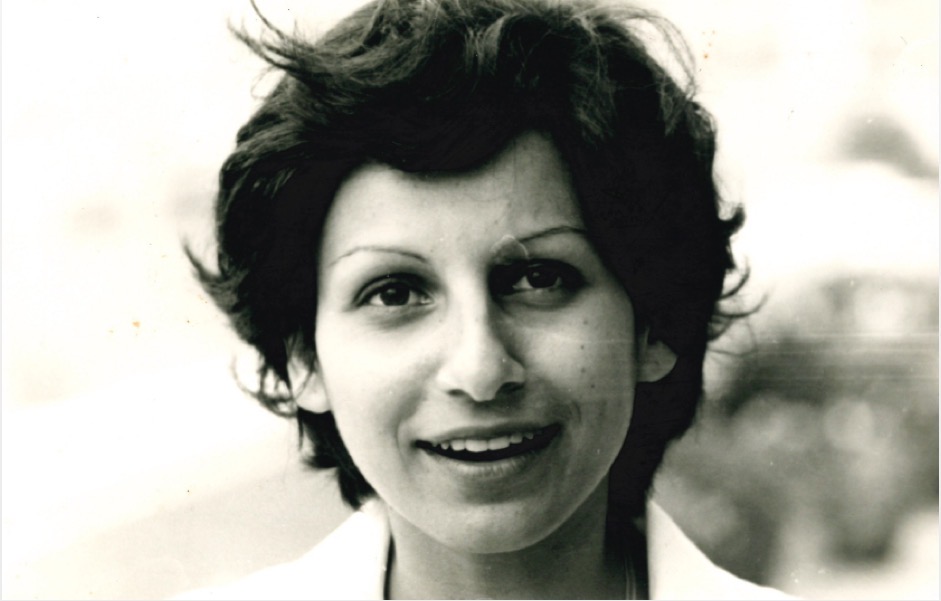 Dr. Fouad was born in Cairo, Egypt. She studied medicine at Alexandria University Medical School and subsequently completed an internship with the university hospital before practicing medicine in rural communities in Egypt for a year. Her experiences at the university hospital and in caring for underserved communities brought new insight into how socioeconomic factors influence access to healthcare and health outcomes.

In 1980, Dr. Fouad and her husband moved to the United States, first settling in College Station, Texas. In 1984, the couple moved to Birmingham, Alabama, where Dr. Fouad completed her Master of Public Health degree at UAB. She then took a research assistant position in the Division of Preventive Medicine at UAB, assessing heart disease risk factors among city employees.

Similar to her experiences in rural Egypt, Dr. Fouad saw in Birmingham how deeply socioeconomic status, race, and ethnicity were tied to healthcare access and outcomes. 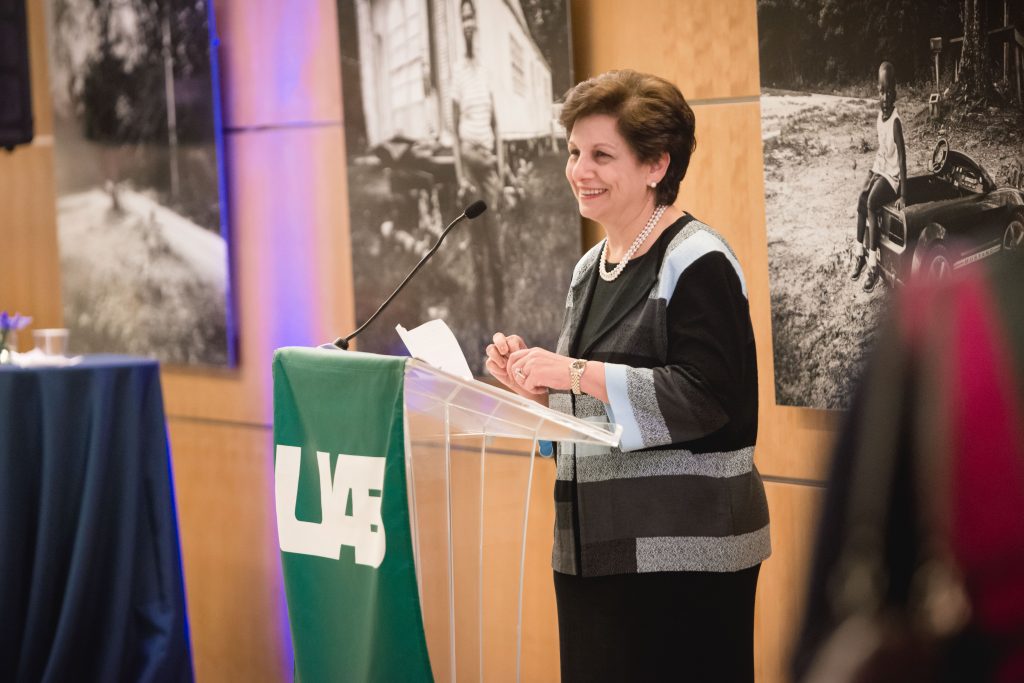 In 2017, Dr. Mona Fouad was elected to the National Academy of Medicine, one of the highest honors given to a physician or scientist in the United States.

Dr. Fouad recognized that concrete scientific evidence of social determinants of health would be an essential foundation for the future development of interventions to support equitable health outcomes. With this goal in mind, she founded the Minority Health and Health Disparity Research Center at UAB in 2002. Since its establishment, the center has grown from a few researchers to more than 200 members across a range of disciplines and specialties.

“For humanism in healthcare to thrive, it must be nurtured on both the individual level of compassionate connection and the far-reaching, system level,” said Dr. Richard I. Levin, Pesident and CEO of the Gold Foundation. “Dr. Mona Fouad has made exceptional contributions to both. Her creation of the UAB Minority Health and Health Disparity Research Center is just one example of how her vision, steeped in experiences from both Egypt and America, is transforming U.S. healthcare. We congratulate Dr. Fouad on her 2022 Vilcek-Gold Award, and we thank her for her great leadership in humanism in healthcare.”

Said Dr. Jan Vilcek, Chairman and CEO of the Vilcek Foundation, “Throughout her career, Dr. Mona Fouad has been so attuned to the importance of accessible health education and preventative care, and she has built groundbreaking systems to expand such care and galvanize more partners in her work. As a public health advocate in the southern United States, she has mobilized both her medical training and understanding of the human condition to improve the lives of the patients and communities she serves.” 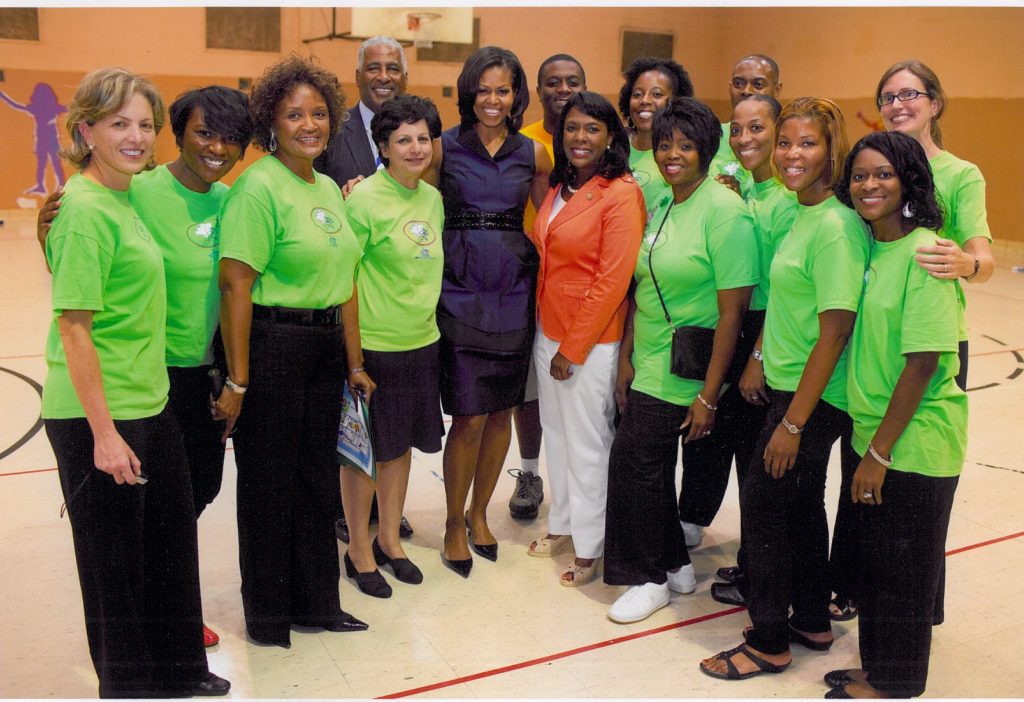 Said Dr. Selwyn Vickers, Senior Vice President and Dean of the UAB Marnix E. Heersink School of Medicine, “From her first work as an MD in Egypt… to her latest work… she has modeled the attributes of compassion, collaboration, and scientific excellence and created lasting change in the lived experiences of countless residents of Alabama and beyond. Her respect, and empathy toward people living in underserved communities, and her dedication to creating lasting change to benefit is a defining feature of her professional career.” 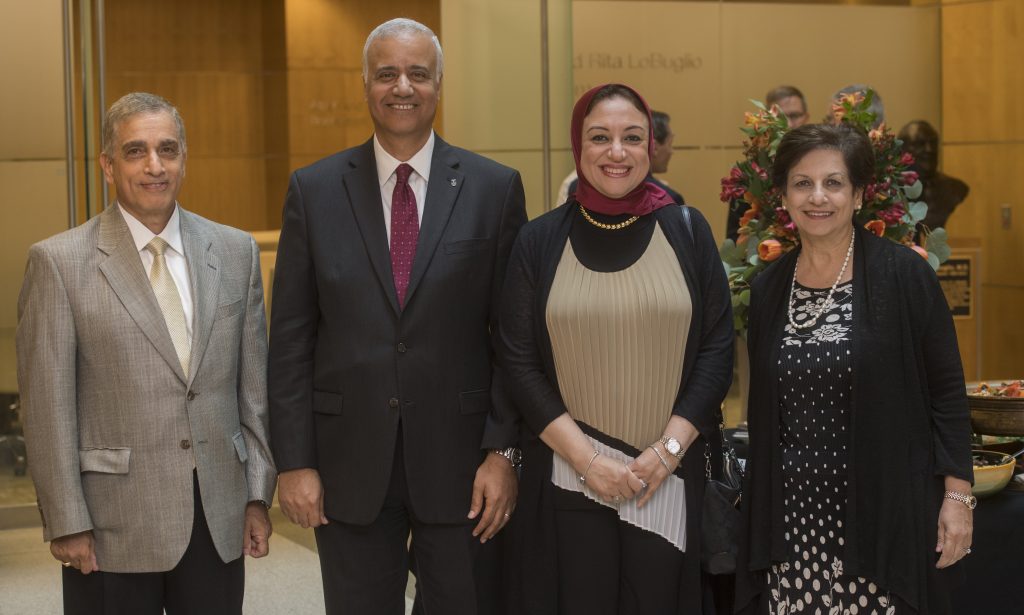 In addition to her work with UAB, Dr. Fouad served as a member of the National Institutes of Minority Health and Health Disparities Advisory Council and as Principal Investigator for several NIH and CDC health disparities projects such as the CDC-funded Racial and Ethnic Approaches across the U.S. (REACH US) Center and the Mid-South Center of Excellence in the Elimination of Disparities (CEED), which implemented, evaluated, and disseminated evidence-based interventions to reduce breast and cervical cancer disparities between African American and white patients. In recognition of her outstanding work in medicine and public health, Dr. Fouad was elected to the National Academy of Medicine in 2017.

The Vilcek-Gold Award for Humanism in Healthcare includes an unrestricted cash prize of $10,000 and a commemorative heart-shaped trophy. The 2022 award will be presented to Dr. Fouad at the Association of American Medical Colleges (AAMC) annual meeting in November 2022.