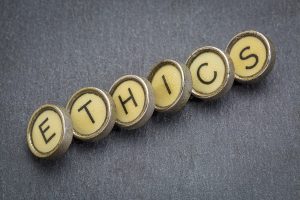 Any medical educator will quickly recognize the scene: a bored-looking trainee switching her gaze between her phone, the clock on the wall, and her laptop. She must be in an ethics lecture.

Little else makes trainees’ eyes glaze over as much as the afterthought that is ethics education in medicine. And yet the moments when clinicians most require guidance on the ethical aspects of practice are usually the ones that stick with them, often because they feel they lack the necessary skills to deal with ethical dilemmas. How can medical educators teach clinical ethics in a way that will leave learners feeling prepared to handle ethical challenges?

With a grant from the Arnold P. Gold Foundation, Drs. Karen Devon, Ryan Snelgrove, and Stella Ng set out to learn what surgical residents and faculty at five hospitals city-wide think is lacking in current ethics education. They found that formal instruction on ethics is perceived as both painful and ancillary. Residents and faculty members considered it a chore: another task on an already crowded schedule. Participants also believed that ethics is disconnected from the real practice of medicine; that it is considered unteachable because beliefs cannot be reshaped; that professional behavior is learned by observation rather than formal education.

Devon and colleagues wanted to see how this group would respond to a new venue for teaching ethics: the Morbidity and Mortality conference (M&M), a pre-existing forum for discussing case studies as a way to learn from technical errors in surgery or errors in patient care. With this new educational intervention, a focus on ethics “errors” would replace the traditional clinical presentation.

The researchers found that this same group of residents and faculty who found fault with traditional ethics education had extremely positive feedback toward this new method. They subsequently found ethics education engaging, relevant, and teachable. People continued talking about the content of the M&Ms after they were over; they could conceptualize what ethics meant in a clinical context; and could see that the main points were explicitly conveyed in a manner easily recognized as teaching.

So, what is it about this method that could have inspired an almost complete reversal of the participants’ previously held beliefs? The research team noted that one of the main themes informing this question was the rhetoric behind a “shared language.” The faculty had ample experience with ethical dilemmas, but much of this was tacitly learned and, as a result, the instructors did not have the language needed to teach the lessons learned from those experiences. Creating a shared language around ethics in a formal space led to a dialogue which was both educational and cathartic in the often high-stakes world of surgery.

Will this work everywhere?

While this intervention shows promising results, the researchers warned that using this engaged method of ethics education will fail if it is not also supported by an institutional culture that promotes the development of ethical surgeons.

This formal Ethics M&M is an engaging way to promote positive professional identity formation, rather than relying on the hidden curriculum to shape residents’ values appropriately. The researchers noted that the ethics M&Ms do not change the morality of surgeons—rather, they help to make values transparent and to engage people with ethics decisions in a common language they can use at the next difficult crossroad.

Continued research in this area will help clinicians feel capable to act in ways that are consistent with their own values and also give them an avenue to discuss ethical dilemmas in a shared formal space. In the world of medicine, which is uncertain by nature, it is critical that clinicians hone this skill of self-reflection so that they can act in ethically sound ways for both their patients and their own consciences.