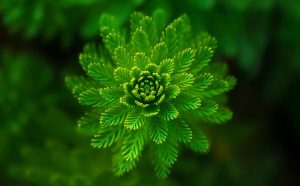 I always thought I would prefer a male cadaver. I imagined that the trauma of cutting through a breast would make my own ache in sympathy, or that the hair on her pubic bone would make me feel exposed even in my scrubs, lab coat, goggles and double gloves.

But two days ago I volunteered to make the first cut on my cadaver, which I knew wouldn’t bleed and yet which I watched so nervously for the first red drop, and I thought of my father. I cut through the curled grey-blond hairs on the chest of this 68-year-old man and thought of the way my dad’s chest hair pokes out over the top of his shirt when it is unbuttoned; how it looks when we have gone swimming and are lying on the dock in the sun, and it is beginning to dry in the cool Maine breeze.

And I counted the ribs, one two three four five six seven, to find where to trace my scalpel, and thought of the way I run my fingers down my husband’s chest when we are lying together in bed. I wonder if anyone has ever touched the soft spaces between my cadaver’s ribs in such a way. I cut across scar tissue with my sharp blade and thought of medical students turning my husband’s body over, wondering at the scar on his back right shoulder that he got on a rope swing when we were sixteen. I want to be there to yell at those students, He couldn’t swim and was afraid to let go. I was there, I watched it happen.

Does my cadaver have someone who can map his body for me? Someone who can tell me with their eyes closed which way his smile curves or if one eye is darker than the other, or what surgery caused the long scar below his left knee and if the they sat in a cold, clean, white hospital lobby, waiting for the procedure to be over? Is there someone who can tell me what he looked like before the cancer metastasized? Did he like the Red Sox? Was he shy? Did he prefer chocolate chip or raisin cookies?

At home that evening I touched my husband’s sternum, thinking how easy it would be to dissect down to the pectoralis major. His skin was soft and warm. I could feel his heart beating between his ribs, so different from my cadaver’s hard, cold pallor. On the spreadsheet of donors it says “never married” but did someone once rejoice in how alive he was and take comfort in the beating of his heart?

I worry I will see someone in every patient, as I have seen my husband and my father in this man on my dissection table. I worry that every middle-aged woman will remind me of my mother. I worry this will make it too personal; but what is the alternative? Will relating every patient to someone else make it impossible for me to treat that person in the moment? Or will it allow me to imagine that I am seeing someone so dear to me, and be kinder in my care?

What they don’t understand about birthdays and what they never tell you is that when you’re eleven, you’re also ten, and nine, and eight, and seven, and six, and five, and four, and three, and two, and one. And when you wake up on your eleventh birthday you expect to feel eleven, but you don’t. You open your eyes and everything’s just like yesterday, only it’s today. And you don’t feel eleven at all. You feel like you’re still ten. And you are—underneath the year that makes you eleven.

My cadaver is 68 and passed away from respiratory failure and had transitional cell cancer. That is his last layer, who he was the moment he died. When I open him up will I see the man he became in the end? Will I peel the layers away and find at his core the boy he was? Or will I reflect the tissues back and hold each one in my hands until there is nothing left, and never know?

I think in the dissection, when I come to understand my cadaver’s body more intimately than anyone ever has, that he will become distinct for me. The chest hair will remind me of my father, but the further in I go the more this man and his past will begin to take shape. Today I touched where the thymus was when he was young, and saw a glimpse of the boy who grew up. I held his heart, so small and hard, and imagined the people it had ached for and when he, if he, fell in love. I felt the tumors in his lungs and wondered when he first knew they were there, and what went through his head at that second.

When I ask my living patients questions, I hope I can allow the one who reminds me so strikingly of my mother to just be who she is in that moment and not try to lay transparencies of others over her. But I also hope I can treat her and remember that she is someone’s mother, and that once she was a little girl and the remnants of that child will forever be part of her. I hope she will tell me her own story and the layers of her life will coalesce into this person in my office who is suddenly so wonderfully, beautifully, unique.

This post was written by Abbi Davies, a second-year medical student at the Warren Alpert Medical School of Brown University. Abbi is a 2013 graduate of Williams College where she studied English and Biology. This piece was written at the beginning of her first year of medical school.