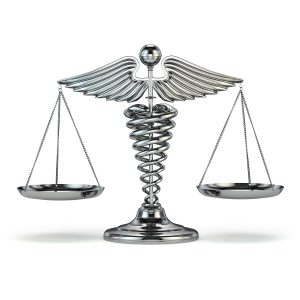 She was born with HIV. Seventeen years later, she sat with her small feet dangling from the hospital bed, swinging like twin pendulums out of sync. The only thing lower than her mood was her CD4 count. She was angry and spiking fevers and demanding to leave.

Her mother refused to let her go. We refused to let her go. We continued drawing her blood and testing various bodily fluids to find the infection we presumed she had. She fought at every needle stick. Every sample collection was met with refusal and our subsequent denial of her right to refuse. After all, she was a minor and this diagnostic plan was in her best interest. Still, something about it was unsettling. Weren’t we doing the right thing?

Cases like this arise often in the world of clinical medicine, and there is a certain audacity to what we do. People entrust us with their ailing bodies, and we introduce chemicals into their blood or try to heal them by inflicting controlled surgical wounds. This trust, formally encoded as the special doctor-patient relationship, comes with a certain responsibility that can weigh on the conscience of the provider when ethical conflicts arise.

Medical ethics is a field that affects all patients. Certainly, if we had ethical clarity in the aforementioned case, we would have been more confident in treating our patient; or perhaps we would have treated her differently. It is crucial for doctors to stay up to date on the research regarding the disease processes relevant to the patients they treat. It is also crucial for doctors to be aware of the ethical problems associated with the treatment of their patients. As our technology and medical capabilities accelerate, we should constantly ask ourselves what should be done even as we reach the horizons of what can be done.

Debates around issues in modern medical ethics are constantly evolving. Take the example of John Elder Robison, who writes about his experiences with an experimental TMS treatment for autism, which involves stimulating or disrupting certain brain circuits using electromagnetic fields.  After receiving the therapy, Robison eloquently describes his newfound realization of the depth of human emotion, and how these new experiences temporarily enraptured him in the beauty of humanity but simultaneously made it impossible to deal with his wife’s depression, ultimately causing them to divorce.

This piece touches on some fundamental questions. Are certain severities of autism really disabling, or can some instances of this disorder allow for social functioning? Proponents of the Neurodiversity movement, which is largely made up of people with autism, make the case that the condition is not a disease at all and should not be treated. At the same time, some people are severely limited by autism and make huge improvements in social functioning from treatment interventions. As the gatekeepers of diagnosis and therapy for autism, doctors must be sensitive to these evolving perspectives.

I realize now that if I had been more familiar with some of the ethical literature on shared-decision making with pediatric patients, I would have been more comfortable making the decision my attendings made for our patient with HIV. After all, it is our function as medical profesionals to take the world of science and determine its applicability to the individual patient. In order to do that effectively, we must be intimately aware of scientific data as well as the individual narratives of the people we treat. The complexities of caring for people are constantly evolving, and supplementing a bioethical framework with attention to the research on current issues only enhances our ability to accept the various perspectives of our individual patients.

As the ethical and moral arguments regarding modern bioethical issues become more and more nuanced, programs in medical ethics are expanding. Emory University’s Center for Ethics has a major bioethics focus, and the Oxford Centre for Neuroethics focuses on issues specific to the brain, such as autism. Other resources for helping physicians gain insight regarding ethical conflict include hospital committees, periodicals dedicated to exploring ethical issues, and advocacy groups such as the autistic self-advocacy network. Equipped with these tools and resources, we will be better prepared to address the various nuances inherent in the treatment of our fascinatingly complex patients.