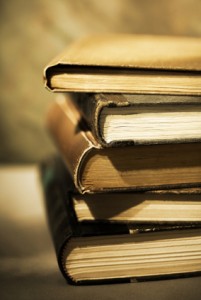 Compassion, guilt and innocence: An fMRI study of responses to victims who are responsible for their fate

Researchers used fMRI to examine whether people responded differently to  other people’s misfortunes depending on whether the victim was responsible for the event that occurred.  Results imply that regulatory mechanisms of compassion are related to the perception of responsibility.

Resident experiences of informal education: How often, from whom, about what and how
Varpio L, Bidlake E, Casimiro L, Hall P, Kuziemsky C, et al.   Med Educ. 2014 Dec;48(12):1220-34.
Researchers analyzed 60 hours of observation data from a palliative care hospice and a pediatric hospital to identify instances of informal intraprofessional and interprofessional education and categorize these instances by CanMEDS Role and teaching technique.  Results showed that 84% of GME-level informal education was physician-led and 15% was nurse-led.

Reciprocal empathy and working alliance in terminal oncological illness: The crucial role of patients’ attachment style
Calvo V, Palmieri A, Marinelli S, Bianco F, Kleinbub JR.    J Psychosoc Oncol. 2014;32(5):517-34.
This study assessed the relation between attachment styles, patient-caregiver reciprocal empathy, and patient-physician working alliance in the terminal phase of an oncological disease. 37 end-stage cancer patients, their physicians and their caregivers were given attachment-style and empathy assessments when they arrived at hospice and one week later. Results showed that patients’ attachment security plays a crucial role in the relation with their own caregiver and with the physician, even at the terminal phase.

The Gold-Hope Tang, MD 2014 Humanism in Medicine Essay Contest Second Place Winner: iThink iCare
Asokan I.    Acad Med. 2014 Nov;89(11):1460-1.
“It is perhaps unsurprising that medical students of this generation emphasize care delivery within the context of technology. Rapid diagnoses, lab values, and detailed descriptions of medical conditions now emerge within seconds of simply touching a screen. The age-old adage of “sticking to the books” thus remains foreign to many of us, as we so rarely rely on them…”