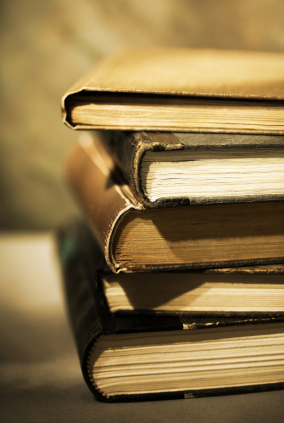 
Sigal Bell, MD is a Gold Professor.
Researchers analyzed over 3,000 physician responses to a survey about medical error communication. Those who were likely to support transparent communication with patients and peers/institution included females, US (vs Canadian) doctors, those in academic (vs private) practice, those who believe that disclosure decreased likelihood of litigation, and those who believe that system changes occur after error reporting. In comparison, doctors who believed that disclosure would decrease patient trust were less likely to agree with error disclosure to patients.

Reclaiming a theoretical orientation to reflection in medical education research: A critical narrative review
Ng SL, Kinsella EA, Friesen F, Hodges B.    Med Educ. 2015 May;49(5):461-75.
Stella Ng, PhD is the recipient of an APGF Research Grant.
Researchers argue that some of the common ways in which reflection has been applied are influenced by broader discourses of assessment and evidence, and divorced from original theories of reflection and reflective practice. Using a critical narrative approach they present two theoretical lenses of reflection followed by a summary of relevant literature, then compare the trends to the theoretical lenses.

Tasking the “self” in the self-governance of medicine
Cohen JJ.    JAMA. 2015 May 12;313(18):1839-40.
Jordan J. Cohen, MD is the Chairman of the APGF Board of Trustees.
In the U.S., there are three types of mechanisms governing interactions between doctors and patients: regulation through private sector organizations; governmental regulation; and personal self-regulation. The author argues that “sustaining public trust in the profession is ultimately the responsibility of individual physicians” whose motivation is bolstered by humanism in medicine.

A piece of my mind: Back to the heart of the matter
Toll E.    JAMA. 2015 May 12;313(18):1829-30.
Elizabeth Toll, MD is a recipient of an APGF mentoring grant.
The author describes why and how she went from treating patients’ physical health only to also treating their emotional health.

The forthcoming June 2015 issue of Academic Medicine is a theme issue on professional identity formation. The issue was co-edited by Hedy Wald, PhD, one of our Gold Humanism Scholars. Several papers are already out online ahead of print including:

Interventions to cultivate physician empathy: A systematic review
Kelm Z, Womer J, Walter JK, Feudtner C.    BMC Med Educ. 2014 Oct 14;14:219.
Researchers performed a systematic review of literature regarding interventions that were quantitatively evaluated to detect changes in empathy among medical students, residents, fellows and physicians. After qualitatively synthesizing the findings of 64 studies, they found that 8 of the 10 studies with highly rigorous designs showed that targeted interventions did increase empathy. The remainder of the studies were inadequately designed.

A mapping of people’s positions regarding the breaking of bad news to patients
Igier V, Muñoz Sastre MT, Sorum PC, Mullet E.    Health Commun. 2015 Jul;30(7):694-701.
Researchers surveyed 50 nursing professionals and 140 adults who had in the past received bad medical news or whose elderly relatives had in the past received bad news. These participants indicated the acceptability of physicians’ conduct in 72 vignettes of giving bad news to elderly patients. Researchers found four qualitatively different positions about how much truth should be told to patients.