The Arnold P. Gold Foundation hosted its Golden Thread Gala at WGBH Studios in Boston on October 27, 2015. The evening was marked by both elegance and eloquence.

The phrase Golden Thread refers to the weaving of science with the human side of medicine. We honored several individuals and an institution that exemplify this balance between high-tech and high-touch. Dr. Mardge Cohen, writer Judith Hannan, and The Cambridge Health Alliance (CHA) were each presented with the Arnold P. Gold Foundation Humanism in Medicine Award.

Dr. Mardge Cohen is Medical Director for Women’s Equity in Access to Care and Treatment, practicing physician at Boston Health Care for the Homeless, and Founder of the Women and Children HIV Program at Cook County Hospital, Chicago. She won a hat-trick of awards including the Humanism in Medicine award, the inaugural Pearl-Hurwitz Birnbaum award, and an induction into the Gold Humanism Honor Society.

Patrick Wardell, CEO of Cambridge Health Alliance, and Dr. David Bor, Chief Academic Officer, were on hand to accept their award. “The Gold Foundation is proud to honor one of our great Boston collaborators, one of Boston’s most esteemed medical facilities,” said Dr. Richard Levin, President and CEO.  “Their reputation, their faculty, their care, and their ability to do magic to somehow care for those who otherwise would fall through the net – makes them a natural choice for the Humanism in Medicine award.” 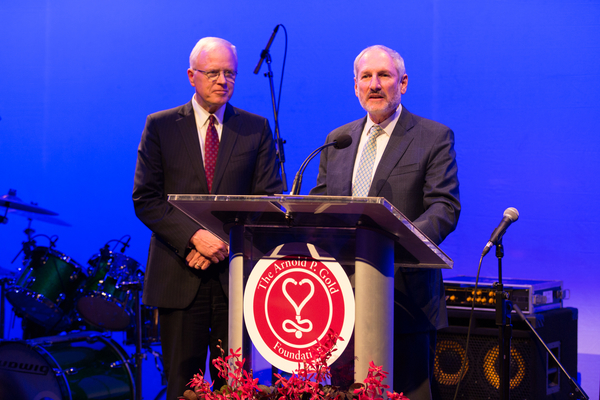 Judith Hannan, an author and teacher, claimed her award and read an excerpt from her book Motherhood Exaggerated, a personal account of her experiences as a mother of a young cancer patient. She compellingly reminded us what it really means to be a patient, and why patient-centered care is so essential to good health outcomes.

Attendees were treated to several performances during the dinner program as well. Rafael Campo, Harvard physician and poet, read a selection from his upcoming book of poems due out next spring. And Dr. Elissa Ely, a distinguished writer whose thought-provoking pieces about health care are well known and celebrated nationwide also read an excerpt from her works. Dr. Carissa May, a GHHS member and resident in Obstetrics and Gynecology at Beaumont Health Systems in Royal Oaks, MI attended the event and sang a moving rendition of Amazing Grace for the crowd.

One of the most emotional moments of the evening was when Dr. Michael Davidson, a surgeon at Brigham and Women’s Hospital who was killed by the family member of a patient last February, was posthumously awarded the Leonard Tow Humanism in Medicine Award. Dr. Davidson’s wife, Dr. Terri Halperin, accepted the award and talked about letters she had received from Michael’s patients who emphasized not only his technical skill but also his never-ending compassion. Davidson’s tribute ended in celebration as the band he was previously part of, Off Label, played a spirited mash up of a few of Davidson’s favorite songs. 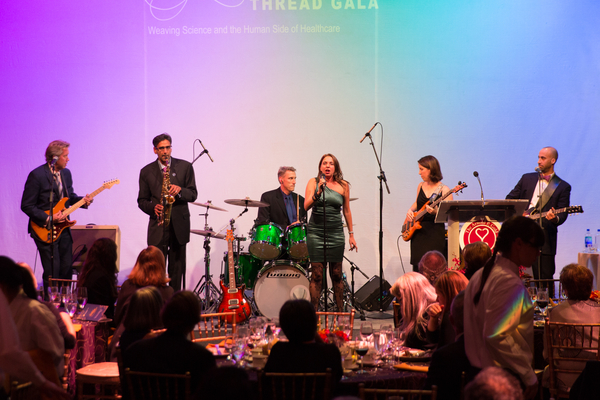 But it was Dr. Arnold Gold himself who stole the show with his concluding remarks. “We at the Gold Foundation never considered we would not be successful.  Not from arrogance, but because we believed, and still do, that humanism and the desire to alleviate human suffering is a deeply rooted yearning within the hearts of most healthcare professionals…and would prevail.” 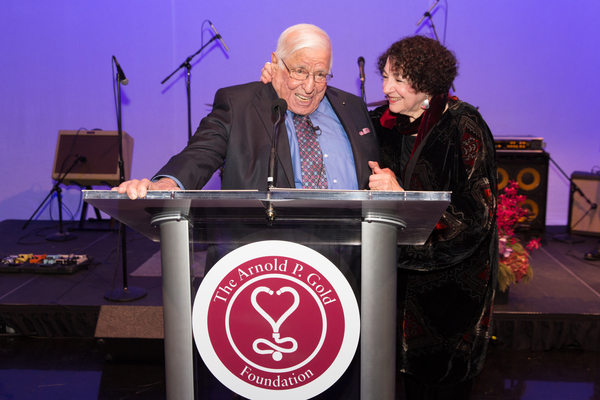 We are so grateful to all who made this year’s event a success and look forward to our Golden Thread Gala in New York City on November 23, 2015 (seats still available). If you missed the event, but are still interested in making a donation, you may donate online or call Kerry Ford at 201-567-7999.