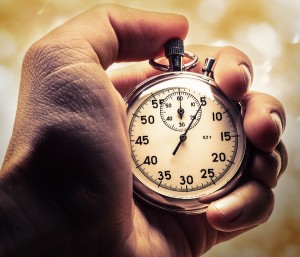 On my first morning of primary care clinic as a second year resident, I saw a daunting increase in my scheduled number of patients. While I had started intern year with three patients in a half day, I now had six patients to see. Six patients with complex social and medical issues, because I work at the only safety net hospital in my city. My worries about time management cast a pall on my morning.

My first patient was a pleasant and well-dressed gentleman in his fifties, who had the rare distinction of having very few medical issues on his “problem list.” I recognized his signature beaming smile easily, though I had met him only once before. I had been surprised when he missed his last follow-up visit, since he had seemed dependable at our initial visit.

He smiled at me when I came into the room, but this time it didn’t quite reach his eyes.

“I’m so sorry I missed my last appointment,” he said. “My son died.”

My whole body stilled, then immediately went into consolation overdrive. I found out that his son had died in a car accident a month prior to his last scheduled appointment with me. He had cried for days. He told me he did not want to speak to a therapist; that he had more than enough support at home with family and friends. Although he had an MBA, he had been unemployed for months now. He had been in the middle of working on his real estate licensing when his son died, but that was now on hold. He was quickly running out of savings.

Here was where I could help, I thought. I told him about the free food pantry that my hospital operates for patients in need. He was very grateful and thanked me profusely. I glanced at the clock and realized I needed to segue into the true purpose for his visit – his medical problems, including uncontrolled hypertension and obesity. By the time I finished the physical exam, printed out the necessary documents, and staffed him with my preceptor, I was well on my way to becoming irrevocably behind schedule.

The next patient on my schedule was in her sixties. She was new to me, and I found out she had just emigrated from Haiti one month ago. She had the foresight to book a Haitian Creole interpreter for our visit and brought paperwork from her most recent doctor’s appointment in Haiti. While this was initially reassuring, I then found out that, although she had severely uncontrolled diabetes, she had been taking metformin at only half the maximal dose, never checked her sugar, and was adamant about not starting insulin. As I updated her medications to address her physical symptoms, I also counseled her on the nature of diabetes, the diabetic diet, and hypoglycemic symptoms. There was a slim chance she would not need insulin, but otherwise, my hope was to convince her to start insulin after establishing greater rapport in the coming weeks.

My third patient had poorly controlled bipolar disorder and, within the last two weeks, had also been a victim of domestic violence. Though he had already notified the police, visited a crisis center, and spoken with a social worker, he had yet to move out of the apartment that he shared with his assailant. In listening to his story, I learned that he remained in the apartment because he was concerned about his third roommate, another victim who had even fewer resources than he did. Realizing that compassion was what was holding him back, I emphasized the importance of his own safety, effusively agreed with his plan to move in with his parents, and hoped it would be enough. With that issue somewhat addressed, I was finally able to address his medical problem. Thankfully, he had been to see the psychiatrist since his last visit with me (which is never a given) and had restarted on appropriate psychiatric medications.

And so it went that day, until I finished clinic — almost an hour behind schedule, weary but full of adrenaline from anxiously pushing through each visit while still trying to give each patient the attention they deserved.

When I debriefed later with my preceptor and co-residents on how to improve my efficiency, I realized the delays all stemmed from my desire to connect with my patients. To me, it is a privilege to hear my patients’ stories and to be a part of their lives. But how could I reconcile this with the restrictions imposed by the healthcare system?

One of my colleagues suggested “five minutes of compassion” as a rule-of-thumb. I instantly rebelled. Getting to know a patient’s social history was not only my favorite part of primary care clinic, but also particularly important in patients with so many social obstacles to health care. Yet in a system where less than 15 minutes is allotted for actually speaking with patients, do I have a choice?

I know I am not alone in facing this challenge. Primary care physicians unaffiliated with academic centers often have even less time with each patient than I have. Both the scientific literature and the popular press have covered this topic for years; it even has a catchy name, “the primary care crisis.” The crisis being that it is nearly impossible to provide quality care in a truncated 15-minute encounter.

The current healthcare system is not sustainable given the 30 million Americans who still need health insurance and, with it, their own primary care physician. We need more healthcare providers as well as more time for each patient. I’m glad to see that medical school enrollment has increased 25% since 2002. Because, at the end of the day, it is just me and my patient alone in a room, and five minutes of compassion is not enough.

Vina Pulido is currently an internal medicine resident at Boston Medical Center. She received her M.D. from Columbia University College of Physicians and Surgeons, where she first learned about the Arnold P. Gold Foundation. She continues to try to incorporate humanism in medicine on a daily basis.