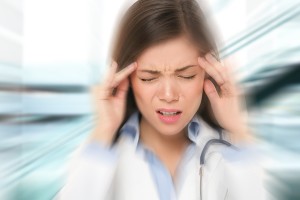 The meeting was doomed from its first words. Without a moment for pleasantries, the mother of the patient jumped into a monologue. Mrs. F spoke about her daughter’s risky sexual behavior, about paying for 30 years of her daughter’s private piano lessons, and about how she is 80 years old and bankrupt, but still working to support her daughter. We sat and listened. And listened. And then pretended to listen until we could scarcely breathe under the weight of her words.

After thirty minutes, and with no advances on either front, the attending suggested I invite the patient herself to join us.  I was glad to leave the room and take a break from the conversation. Plus I was looking forward to involving the patient in her own treatment plan. I walked into her room with a smile to report that her mother was here and that everyone was ready. She did not respond.

I told her we were all waiting on her. She did not respond.

I asked her if she remembered our three conversations detailing the plan for this meeting. She did not respond.

I asked her what had changed in the half hour since we last met and discussed our plan. She just looked at me. Without any other ideas, I just looked at her.

I went back to the office and told everyone the news. No one seemed shocked. No one asked why. No one even responded. Mrs. F just continued talking.

I can map the exact time I lost a small piece of my humanity to this very minute.  This was it, the foretold transition when third year medical students lose their empathy. I didn’t think this moment would happen to me. I was sorry that it had finally arrived. Sitting in that chair, I felt myself callousing over.  But I let it happen, because I could feel nothing but bitter hopelessness and anger.

This was the first time in my short career that I felt resentment towards a patient. And I realized that this is how it happens: This is how well-intentioned practitioners burn out and lose their empathy by age fifty. Not through maleficence nor malpractice, but through the build-up of  frustrating encounters over many years, with each experience taking a small piece of their vitality, embittering them bit by bit.

After the meeting ended, the attending and I discussed the event. She was as frustrated as I was. However, I saw that she still managed to remain compassionate toward the family. I started to rethink my position. Being aware of the patient’s perspective is helpful, but I forgot to consider that physicians are justified in having their own perspectives.  Physicians are not perfect. They are not always rational. They are not two-dimensional. I realized that being aware of my own reactions will help me limit bias in the future. It will help me remain empathic despite these negative experiences.

After Mrs. F left, and before the next interview started, I couldn’t help myself. I checked in with my patient one last time, to see how she was doing. We discussed the day’s lunch menu. I recommended the fish.

Madiha Aziz is a fourth year medical student at the George Washington University. She is passionate about surgery, quality improvement, and literature. She hopes to combine all three in her future practice.