This article was originally published on the uOttawa website.

Dr. Jeff Turnbull doesn’t spend very much time at Ottawa Inner City Health’s (OICH) administrative office in Lowertown. This is evident by his desk, which is void of usual workspace clutter—like a computer. Instead, he spends his days travelling between the city’s shelters providing medical care to the city’s most vulnerable patients. 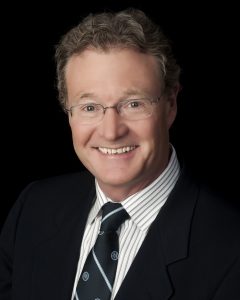 His work is busier today than ever. Since OICH launched 20 years ago, Dr. Turnbull has watched Ottawa’s alcohol problem evolve into a cocaine problem, which has exploded into the opioid crisis the city is facing today.

In 2017, Dr. Turnbull left his jobs as chief of staff at The Ottawa Hospital and chief of clinical quality at Health Quality Ontario to work exclusively as director of OICH full time. He is currently the only full-time physician on staff, but is supported by an army of personal support workers, nurses and peers. Together they provide care to nearly 260 clients per day who are either homeless or at risk of becoming so. They are also teachers for the future generation of health care workers looking to do similar work.

Dr. Turnbull has been a faculty member at the University of Ottawa Faculty of Medicine since 1991. In January, the Association of Faculties Medicine of Canada (AFMC) and The Arnold P. Gold Foundation for Humanistic Healthcare Canada announced that Dr. Turnbull was the recipient of the first-ever AFMC–Gold Humanism Award and Lecture. The award will be presented in April at the Canadian Conference on Medical Education (CCME) Award Ceremony in Niagara Falls, where Dr. Turnbull will also give an associated talk about his work.

In advance of the presentation and talk, Dr. Turnbull took some time to reflect on how caring for Ottawa’s most vulnerable people has changed over the years, the severity of the opioid problem in Ottawa, and whether it ever causes him to give up hope.

OICH just celebrated 20 years—how have things changed since you opened in 1998?

It’s totally night and day. When I started, the main issues were alcoholism, domestic abuse and AIDS. When cocaine came along, I wasn’t sure how we were going to cope. But I’d be happy dealing with just cocaine and alcohol again. A couple of summers ago we were hit with opioids. When it started in, we’d see maybe two to three overdoses in a month. By August there were 35 per month, and in September there were 70. Today we have about five overdoses a day. The problem is “purple heroin,” which is laced with things like Fentanyl or Carfentanil, which causes drug users to overdose and stop breathing.

This issue is affecting all strata, not just people from the homeless population. We’re seeing kids from high schools, or people who were on prescription opioids that stopped and then the only alternative for them, because there is no therapy, is to move to injection through the illicit drug culture.

The supervised injection site is located in a structure behind the Shepherds of Good Hope and it’s called “The Trailer.” In our first year we had over 100,000 visits. It’s now become one of the largest injection facilities in Canada. We see about five overdoses a day, but fortunately no overdose deaths.

You are also running the first ever residential Managed Opioid Program (MOP) in Canada. How does that work?

There are 25 participants—people addicted to heroin. We told them if they stopped using on the street, we would instead give them pharmaceutical-grade heroin (hydromorphone). In addition to that, we would give them somewhere to live. They are living in a residence in Hintonburg, all 25 of them, and after one year there have been no overdoses or deaths. There are more than 50 people on the waiting list for this program, who are literally dying in the wings waiting to get in.

What have you learned since MOP launched in spring 2018?

This group teaches my team all the time. One day we were concerned because they didn’t know how to boil a pot of water for spaghetti. When we met with the group shortly after, one of them rightfully put us in our place. He explained that the minute you “hear the voices” or you become addicted, that’s when your social development ends. So, if you become a heroin addict at thirteen, that’s when you stop learning important life skills like how to cook, do laundry and go to a grocery store. Most of our MOP clients have never done those things before. Giving them a home is important, but helping them develop important life skills is just as important.

Are new medical students interested in the work that you’re doing at Inner City Health?

At one point it was suggested that it be mandatory for all medical students to do a placement here. But we didn’t want people working with us who weren’t genuinely interested. So, we have people come here because they want to—and they’re from all across Canada, not just the University of Ottawa. We’re now seeing young people who want to come back and make this their practice—unfortunately, you don’t make a lot of money doing this work. But if they’re at the hospital like I was, they can use it as part of their clinical practice, research and education—and make a living doing it that way.

With no end to the opioid crisis in sight, this work only seems to be getting harder. Do you ever get tired or lose hope?

There are disappointments every day, no question about it. But something we have all learned from these folks is that it’s not our expectations we need to meet, it’s theirs. So, my team just tries to revel in their successes. For example, on the other end of town right now there are 25 hardened heroin addicts, who have gone a year without any overdose deaths, who are working hard to build new lives for themselves. This work isn’t without its problems—but I really like this community.

Learn more about the AFMC-Gold Humanism Award and Lecture.

One beautiful feature of the 2022 Healing the Heart of Healthcare Conference was the virtual Art Gallery, which showcased work by more than 40 physicians, medical students, trainees, an art … chevron_right Read more

A community health center in an underserved area has to do many complicated things, on many levels, simultaneously, to give the best possible care to its patients. But, in the … chevron_right Read more