This story was first published on The Vilcek Foundation website.

For Flint whistleblower Mona Hanna-Attisha, speaking up for the city’s children was “a choiceless choice,” she says.

When the pediatrician tried to share her findings that the improperly treated water supply was causing widespread lead poisoning, she faced political resistance, bureaucratic stalling, and a state-sanctioned smear campaign. It was a risk not only to her professional reputation, but to the reputations of her mentors and employers as well. 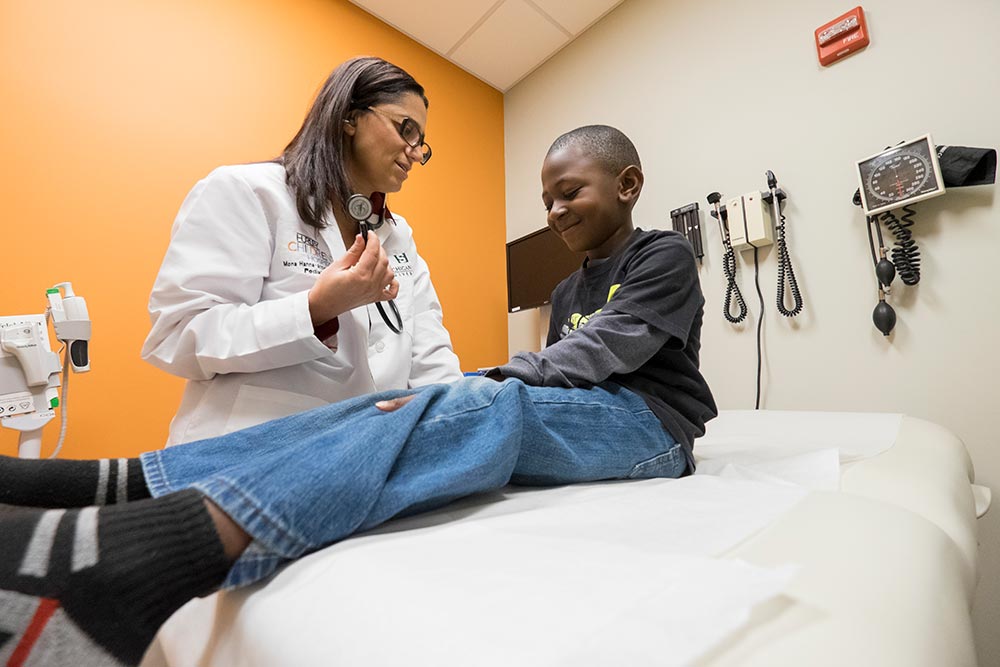 The price of staying silent, however, was even higher—and, she knew, it would be paid by the most vulnerable of the city’s residents: children, especially infants, and pregnant women.

“I took an oath,” she says. “It’s my job to take care of kids and to stand up when I see injustices. It wasn’t about courage, it’s more about being human and caring.”

It is for this unwavering commitment to her patients that Dr. Mona (as she is often called) received the inaugural Vilcek-Gold Award for Humanism in Healthcare, awarded jointly by the Vilcek and Gold foundations to immigrants who have demonstrated extraordinary humanism in American healthcare practice.

Dr. Mona is an apt recipient: “I can’t separate my pursuit of medicine from my immigrant story,” she says. She was born in the U.K. to parents of Iraqi descent while her father was pursuing a doctorate; by the time his dissertation was completed, however, Saddam Hussein had risen to power, bringing with him a reign of fascism and violent oppression.

Fearful of returning to their native Baghdad, her parents instead brought the family to the U.S., settling in northern Michigan, where her mother taught ESL to recently arrived immigrants and refugees and her father worked as a chemist for IBM.

Although Dr. Mona and her brother had an idyllic American childhood, she was aware of the gulf of experience that separated her from cousins still living in Iraq. “My parents never shielded me from that,” she says. She remembers, as a young girl, being shown a photograph taken after the Halabja Massacre—to this date the largest chemical weapons attack—of a dead baby lying on the street with her father.

“As an immigrant, I literally wake up every single day feeling fortunate and blessed to be in this country,” she says. “But I am also acutely aware of what injustice can be, and what people in power can do to vulnerable populations.” 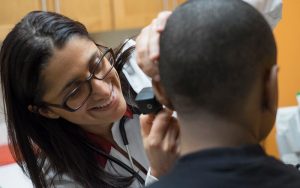 These early experiences motivated Dr. Mona to make the most of her opportunities, as well as to find ways to give back. “It pushed me to serve my community no matter where that community may be,” she says. “And for me, the most intimate form of service was medicine, which is how I ended up in pediatrics, and how I landed in a place like Flint.”

Flint, as Dr. Mona explains in her memoir, What the Eyes Don’t See: A Story of Crisis, Resistance, and Hope in an American City, has struggled for decades with crises caused by disinvestment, unemployment, racism, illiteracy, depopulation, violence, and more. The median household income is half the Michigan average, and the poverty rate almost double. Navy SEALs and special ops medics often train in Flint, because of its resemblance to a war-torn city.

For years, in her role as a pediatrician and associate professor at Michigan State University and Hurley Children’s Hospital, Dr. Mona has devoted herself to addressing the ways these crises can impact children’s health. Known as “adverse childhood experiences,” or ACEs, repeated exposure to stress or trauma related to poverty, racism, or violence has been linked to long-term physical and behavioral health issues, and even impacts mortality: A child born in Flint, for example, will live 15 years less than a child born in a neighboring Michigan suburb.

Seen in this context, the Flint water crisis is an extension of the socioeconomic issues Dr. Mona’s patients faced. In 2014, the city’s emergency managers opted to change the water source from the Detroit water supply to the Flint River, in an effort to save money. Although many citizens were concerned about the quality and appearance of their water, city officials insisted it was fine.

So did Dr. Mona; after all, she had been assured it was by the government regulatory bodies tasked with keeping residents safe. When she received a tip from a friend that the new water supply was leaching lead from the pipes as a result of improper treatment, however, she decided to compare the blood lead levels recorded from her patients before and after the switch.

What she found was shocking: Lead is a known neurotoxin, and in young children and infants, it is especially damaging, attacking the brain and central nervous system. It can cause comas, reduced IQ, behavioral disorders, and even death. In her patients, she saw a noticeable spike in blood lead levels and was compelled to take action, which eventually resulted in city management admitting to wrongdoing and switching the water supply back to its original source.

The five-year anniversary of the Flint water crisis passed earlier this year, and in some respects, there has been massive improvement: The blood lead levels of Flint children reached a historic low in 2016, the water in the city now meets federal standards, and almost half of the city’s lead-tainted pipes have been replaced. Several former state and city officials now face criminal charges for their roles in the crisis.

What lingers, however, is a crisis of trust: “People were betrayed by everybody who was supposed to protect them. It’s a trauma, like PTSD, and there is a recognition that this work is long-term work,” Dr. Mona says.

The national attention drawn by the Flint water crisis has, at least, provided Dr. Mona with an elevated platform to address the many other environmental stresses that impact her patients. Shortly after the crisis was exposed, she was appointed director of the Pediatric Public Health Initiative at Hurley Children’s Hospital, which implements long-term public health strategies to mitigate the effects of lead poisoning for affected children through nutrition, literacy, and education, in addition to traditional medical treatment.

Although the initiative was precipitated by a crisis, it is also one born out of optimism: “As much as the story of Flint is the story of a crime committed with absolute indifference to our children, some of the most lovable people in this country, it is also a playbook of resistance and hope, of how people came together and said, ‘We’ve had enough.’” Dr. Mona says. “We’re pushing ahead, and there’s nowhere to go but forward.”