We are delighted to introduce you to Dr. Pedro “Joe” Greer, Jr., a Gold Trustee and the Founding Dean of the Roseman University College of Medicine in Las Vegas, Nevada.

Dr. Greer has a celebrated medical career advising former presidents and creating health clinics for underserved populations in Florida. He is a recipient of the Presidential Medal of Freedom and the MacArthur Foundation “Genius Grant” Fellowship. Before he joined Roseman University, he served as Professor of Medicine; Founding Chair of Humanities, Health, and Society; and Associate Dean for Community Engagement at Florida International University’s Herbert Wertheim College of Medicine in Miami. 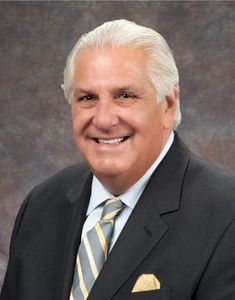 What drew you to healthcare?

I’m the son of a physician. My father is the first generation to finish high school in his family, much less go to college or medical school, and he became a very prominent physician.

Growing up, you want to set your own direction. The war was on, and when I was in college, Nixon resigned. I was very interested in going into politics, but at the same time I was completely disillusioned with politics.

So, then I thought: What could I do where I can serve people?  It could be social, it could be academic, it could be clinical. At first, I wanted to go to a third-world country. But the more I got involved in it, the more I saw the disparities here, and so I wanted to do something in my own country.

The more I went into medicine – and even specializing, because I did three fellowships – I realized the problem isn’t medicine. The problem is social and public policy. But as a physician, I can be independent and have my voice heard. And I would never forget that I’m an advocate for my patient. I’m not a representative.

What is one lesson you learned from a patient?

This is from my book, Waking Up in America:

One afternoon, at around lunchtime, I walked into the clinic with a sandwich. I greeted the patients in the waiting room and walked over to the pediatric area, where I found a mother with three of her children. They told me they had come in from the Salvation Army shelter. Her youngest child caught my eye. He was six years old, a little boy with a sweet smile. I offered him my bag lunch, which he graciously accepted. He took the sandwich out of the bag and split it in half. He took two bites out of one half and slipped both parts back into the bag. Then he carefully folded the bag and put it in his pocket.

His reply stunned me.

“It’s for my brothers,” he said. He was hungry, but he knew his brothers were just as hungry.

God has allowed me to study medicine, to explore the depths of disease and its treatment. He has given me brilliant professors and inspiring mentors. He has opened the tomes of healing, placed in my hands the most precise instruments of modern technology.

And on any random afternoon, he has extended the most remarkable postgraduate opportunities. He has allowed me to find him in the gentle lull in the city of Miami, under a bridge, in an emergency room, in the waiting room of a neighborhood clinic, in the wisdom and humanity of a homeless child.

The goodness of that child has stayed with me through the years. I have often asked myself: Could the lesson of his generosity be multiplied by a community, a government, an entire nation? Could such a spirit help mend a broken system?

Could we look at a disheveled man or woman on the street and withhold judgment?

In other words, what the kid told me was: Think of somebody else first. You’re not alone out there. And it took a little homeless six-year-old kid to teach me that more important lesson than any professor I’ve had, Nobel Prize laureate or not. 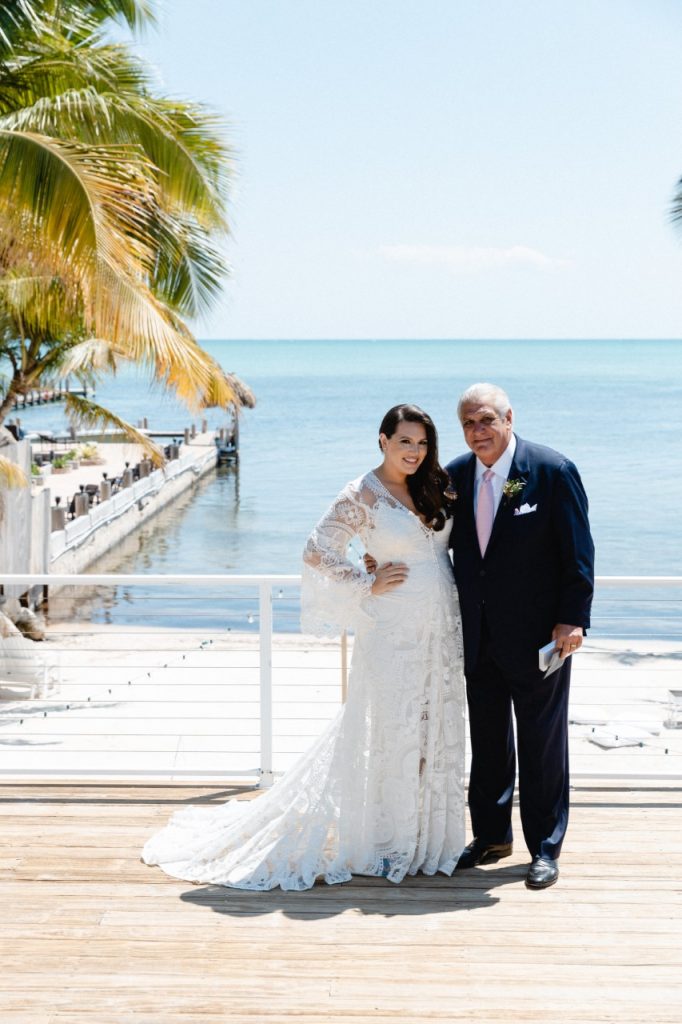 Dr. Joe Greer with his daughter at her wedding.

Tell us about how one of your mentors modeled humanistic health care.

When I was an intern, my program director called me into his office, maybe the third week of my rotations, and told me he needed my help. He told me about an undocumented patient from Guatemala who had been diagnosed with gastric cancer. “I’ve got to get her back in here,” he said. “Would you mind calling her and talking to her in Spanish? Because if I speak to her in English, she’s going to think I’m immigration.”

The fact that he would go way out of his way, as busy as he was, to do that – instead of just giving the order to an assistant saying, have this patient show back up – was, to me, real humanism.

What do you think is the most urgent threat to humanism in healthcare?

Ourselves. We need to look at ourselves, see what we’re not doing right, and fix it.

What’s one of your favorite feel-good songs?

I danced with my daughter to that song for her wedding dance. Now she has a daughter, and when I played the song to her the other day, she started crying.

If you get a chance, listen to “Little Miss Magic,” because it goes from the birth of the child all the way through.

What’s your favorite animal and why?

Dogs. I just love dogs. You can go outside to throw out the trash. You come back in, they’re thrilled to see you.

What is one of your favorite quotes?

One of my favorite quotes is by Rudyard Kipling. (I used to say, until my daughter made me read up on Kipling’s history — he turned out to be a bit of a racist and colonialist.)  It is from his poem “If—”: “If you can meet with Triumph and Disaster / and treat those two impostors just the same… If you can… walk with Kings [and not] lose the common touch.” Those are lessons that I think are really important.

The other one is from Robert Frost: “Two roads diverged in a wood, and I— I took the one less traveled by, And that has made all the difference.” 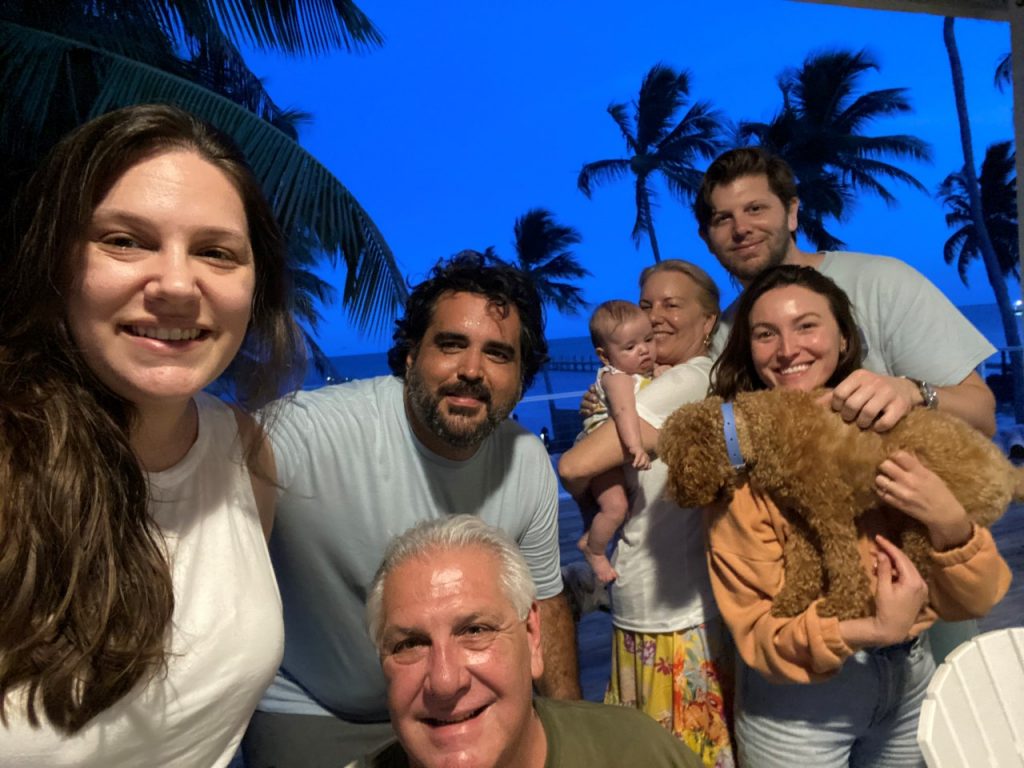 Dr. Joe Greer with his family

But my really favorite quote is: “Whenever I get the urge to exercise, I just lay down till it goes away.”

What is your happy place?

Connect with Dr. Greer on LinkedIn. If you have suggestions for someone we should spotlight, please email Irene Zampetoulas at izampetoulas@gold-foundation.org.

Read more interviews in the “8 Questions with ….” series.