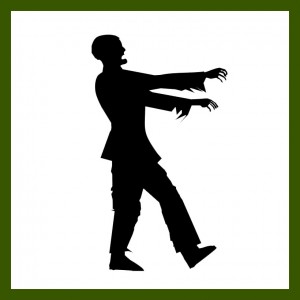 When I was awarded the Leonard Tow Humanism in Medicine Award in 2007, I was the last person I thought would ever suffer from physician burnout. Early in my career I had won several teaching awards and had even edited a 2006 Psychiatric Times Special Report on Stress.

About a year or so later, I bought Jon Kabat-Zinn’s book on Mindfulness-Based Stress Reduction (MBSR), Full Catastrophe Living, because I was dimly aware of the burden of stress weighing on me as a consulting psychiatrist in an academic medical center. I didn’t get much out of Kabat-Zinn’s book on my first read. But then in 2012 I started getting feedback from colleagues and trainees indicating they noticed I was edgy, even angry, and it was time for a change.

Until then, I’d barely noticed the problem. Like most physicians, I had driven on autopilot from medical school onward.  I had called myself “passionate” and “direct.” I had argued there were plenty of problems with the “system” that would frustrate any doctor. I had thought to myself that something had to change, but I never thought it was me.

After reflecting on the feedback from my colleagues and students, I enrolled in our university’s 8 week group MBSR program. Our teacher debunked myths about mindfulness, one of which is that it involves tuning out stress by relaxing. In reality, mindfulness actually entails tuning in to what hurts as well as what soothes. I was glad to learn that mindfulness is not about passivity.

But I kept thinking of Kabat-Zinn’s book, in which he described a form of meditation called “crazy walking.” It involved class members all walking very quickly, sometimes with their eyes closed, even backwards, and crashing into each other like billiard balls.  I hoped our instructor would not make me “crazy walk” because it sounded so—crazy. I dreaded crazy walking so intensely that I considered not attending the 6-hour retreat where it might occur.

We didn’t do crazy walking. Instead, we did what’s called the “walking meditation.” Imagine a very slow and deliberate gait, paying minute attention to each footfall—so much so that we were often off balance, close to crashing into each other like billiard balls.

I prefer to call this exercise the “walking dead meditation” because it bore a strong resemblance to the way zombies move. One member of the class mentioned it when we were finally permitted to speak (except for the last 20 minutes or so, the retreat had to be conducted in utter silence). It turned out we had all noticed the same thing!

Before MBSR, I was like the walking dead.  I was on autopilot — going through the motions, resisting inevitable frustrations, avoiding unstoppable feelings, always lost in the story of injustices perpetrated by others and the health care system.

In practicing mindfulness, I began noticing when my brow and my gut were knotted, and why. Just paying attention helped me change from simply reacting to pressures to responding more skillfully, including the systems challenges which contribute to burnout. About halfway through the program, I noticed that the metaphor connecting flexibility in floor yoga to flexibility in solving real life problems worked.

Others noticed the change in me. My professional and personal relationships became less strained. My students learned from my un-mindfulness as well as my mindfulness, a contrast that would not have existed without MBSR.

As my instructor had forewarned, it was easy for me to say I didn’t have time to practice meditation. I had to make the time for it, and I value the practice so much that I’ll keep on making the time. I will probably never again do the walking dead meditation.

But I’m no longer one of the walking dead.

This post was written by Dr. James J. Amos, Clinical Professor of Psychiatry in the UI Carver College of Medicine at The University of Iowa in Iowa City, Iowa. He has co-edited a practical book about consultation psychiatry with Dr. Robert G. Robinson entitled Psychosomatic Medicine: An Introduction to Consultation-Liaison Psychiatry. As a clinician educator, among Dr. Amos’s most treasured achievements is the Leonard Tow Humanism in Medicine Award. He blogs at http://thepracticalpsychosomaticist.com