Richard I. Levin, MD is the President and CEO of The Arnold P. Gold Foundation and an Emeritus Professor at both New York University and McGill University. The Gold Foundation champions humanism in healthcare – defined as compassionate, collaborative, scientifically excellent care for all. Under his leadership, this nonprofit has expanded from its roots in medical schools into the wider spectrum of relationship-centered care – reaching schools of nursing, nurses and physicians in practice, researchers, and, through the Gold Corporate Council, global healthcare companies. 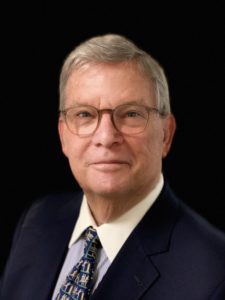 Dr. Levin previously served as Dean of the Faculty of Medicine and Vice-Principal for Health Affairs at McGill University; prior to that, he was Vice Dean for Education, Faculty and Academic Affairs, and a Professor of Medicine at NYU School of Medicine. He is also an Emeritus Attending Physician at Bellevue Hospital in New York City, the oldest public hospital in the United States.

Dr. Levin earned a B.S. with Honors from Yale, graduated from the NYU School of Medicine, where he was elected to Alpha Omega Alpha, and there completed a cardiology fellowship. Following a postdoc in vascular biology at the Specialized Center for Research in Thrombosis at Cornell, he founded the Laboratory for Cardiovascular Research at NYU, practiced cardiology, and investigated the cell biology of vascular disease.  He holds multiple patents and is the founder of a diagnostics company.

He resides in New York City with his wife, Jane. They have two daughters and four grandchildren.