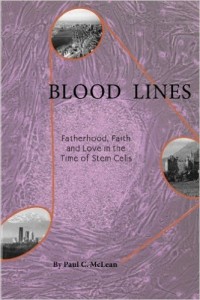 When Paul and Jody McLean went to pick up their new beagle, her name was nothing more than a four-digit number tattooed on her inner ear. Hutch, as she later came to be called, had been used as a research dog for the first three years of her life. The research? Bone marrow transplants- the same procedure deemed necessary for Paul and Jody’s daughter J, at the age of eight. Hutch was thus named after the Fred Hutchinson Cancer Research Center in Seattle, WA, where Paul and Jody ultimately sought treatment for their daughter, and where much of the bone marrow transplant research had occurred. The emotional roller-coaster of J’s diagnosis and treatment fills the pages of Paul McLean’s book Blood Lines: Fatherhood, Faith, and Love in the Time of Stem Cells.

When she was seven years old, J developed an extremely rare blood condition known as aplastic anemia. This disease caused J’s body to stop producing red and white blood cells and platelets, which left her susceptible to uncontrollable bleeding and at an extremely high risk for infection. The McLeans sought treatment at Boston Children’s Hospital, where J needed almost 24/7 care from her parents, doctors, and nurses.

Throughout the book, Paul touches upon the numerous ethical issues that he and his family faced over the course of their journey. How do you distinguish between medical care and research? How do you rectify one patient’s cure with the research-related suffering necessary for its discovery? How much harm is justifiable to do good? In pediatrics, how do you separate the interests of the patient from those of the family?

Blood Lines is a must-read for those in healthcare or those with a loved one struggling against a life-threatening illness. This book will make you cry, laugh, think, and perhaps most importantly, make you thankful for every day you have. The book is beautifully written and poignantly describes the heart-wrenching position of being a powerless parent to a sick child while weaving in subtle humor along the way.

Paul has since participated in the Harvard Bioethics Fellowship, and he continues to write as a member of Harvard’s Community Ethics Committee, which works to bring a public voice to medical bioethics. Hutch, the family’s beagle, died in the fall of 2015, at almost 11 years old. J’s new blood line and immune system is going on 10 years.

Molly Olmsted is an intern at the Arnold P. Gold Foundation Research Institute, a 2015 graduate of Whitman College, a clinical research coordinator at the Dana-Farber Cancer Institute. She hopes to attend medical school in the future and is excited to contribute to the Gold Foundation’s work.
molly@gold-foundation.org 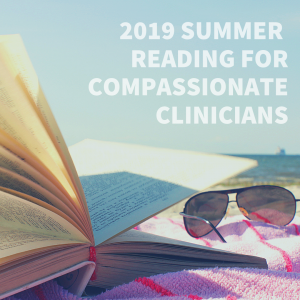