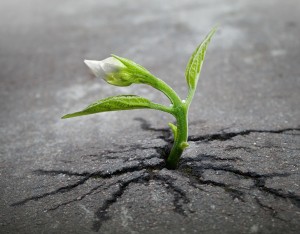 As I am more and more immersed in the world of clinical medicine, I’m shocked at how quickly we can lose ourselves and the patients in front of us. As physician and author Dr. Abraham Verghese has said, we are spending far too much time with the “iPatient” these days, engrossed in our electronic medical records, our numeric and radiographic representations of illness.

Yet it seems that we use the iPatient as an easy retreat from the living, breathing patient. The iPatient is standardized. It speaks only English with no clunky telephone translator required. It gives us illusions of truths with drug screens and other “objective” data that aren’t clouded by contradictory subjective reports. But beyond missing the physical care of a patient, the iPatient misses out on the other most important aspect of medicine—compassion as the basis of the therapeutic relationship. This is especially relevant, I have found, in my primary care clinic.

The challenges of building a doctor-patient relationship and connecting with meaningful empathy are exponentially greater in a “difficult” population such as mine, in an urban city hospital full of every kind of diversity, rife with corrosive substance abuse, deep social and economic struggles, cultural barriers we haven’t heard of before and patients who, more often than not, speak languages we are entirely unfamiliar with. But it is precisely because of these barriers that empathy and connection are crucial in our interactions with patients. It can be difficult to find a way to make interactions meaningful in a backed-up primary care clinic, but I’ve never felt more fulfilled than when I can connect with patients and families despite the numerous barriers between us.

One of my patients who arrived from Nigeria a few years ago had the misfortune of being diagnosed with both breast cancer and crippling renal disease. The first time I met her, she had severe symptoms; her lips were ulcerated and her whole body– including her face — was swollen with extra fluid. She was miserable. I remember that for the first several months, seeing her regularly, I didn’t change anything on her medication list. I didn’t order any tests. I talked to her other providers to stay involved with what was going on with her clinical care, but the specialists were responsible for curing her advanced disease. I remember that she would come into my office and just look so down. She was in a new country and the life she had started to build here was already falling apart. She was living with her sister but her brother in law was getting sick of the intrusion. I set her up with cancer support groups, offered creams and medications for her minor ailments and worked hard to find her housing. But because I wasn’t treating her physical problems, I didn’t feel like I was her doctor.

Last month in clinic, I hardly recognized her. She had begun to recover and suddenly, she looked young and full of life in a way I had never seen before, but in a way that she had probably always seen herself. I immediately thought, “Her doctors fixed her!” But as we spoke more, I realized that I too played a role in that treatment. I did not provide advanced therapies for cancer or renal disease. I thought I was just treating dry skin and constipation. But I realize now that the support I connected her with, the small relief I could provide with creams and medication, and the chance I gave her to be listened to was a part of her care.

While she was going through this vast health system, I had the unique chance to connect with her not as an extremely sick and complicated patient, but as a once healthy and proud woman buried under so much recent misfortune. It was an extraordinary privilege to see that woman re-emerge. This experience showed me that despite coming from a culture I was unfamiliar with, despite social and economic struggles underlying her medical complications, this was a patient like any other; a patient who needed a doctor that would listen. Now, a year further into my training, I feel privileged to call myself her physician in all the ways the role entails.

Lakshman Swamy received his MD/MBA from Wright State University in Dayton, OH and is now an internal medicine resident at Boston Medical Center. He is also a founder and host of Radio Rounds, a non-profit medical talk show dedicated to humanism in medicine. You can find his interview with the Gold foundation’s Dr. Levin here: http://radiorounds.org/science-at-the-heart-of-medicine/